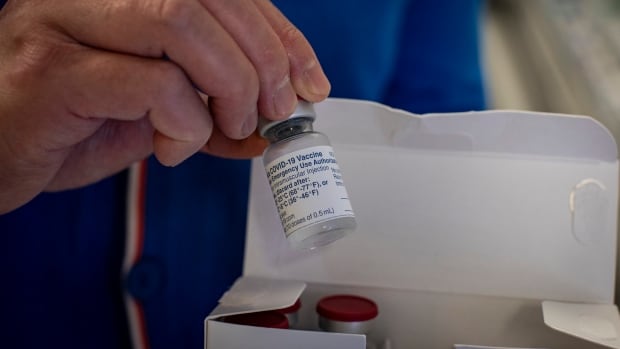 Ontario received permission from Health Canada to extend the expiry of some doses of the AstraZeneca-Oxford vaccine on Saturday, saving thousands of shots from potentially going to waste.

A spokesperson for Health Minister Christine Elliott said the change means doses with an original expiry of May 31 can now be used until July 1.

“Health Canada has issued an authorization to extend the expiry date of specific lots of the AstraZeneca COVID-19 vaccine from six months to seven months, following the review of submitted stability data,” Alexandra Hilkene said in a statement.

Pharmacies and physicians offices in the province had been rushing to administer thousands of shots this weekend ahead of their previous Monday expiry date to avoid wasting doses.

Ontario had been trying to redistribute a stockpile of 45,000 shots expiring on May 31 and 10,000 more going bad in June.

But quality checks held up the delivery of thousands of the shots, and many didn’t reach their final destinations until Friday.

The head of the Ontario Pharmacists Association said Health Canada’s decision is not unprecedented when it comes to evolving data associated with a new vaccine.

“It’s good news,” Justin Bates said. “Although I do appreciate this is going to create a lot more questions … so people can continue to make an informed consent decision.”

Bates said pharmacies in different parts of Ontario had ramped up efforts to get shots into arms and avoid wasting any doses — and those efforts will continue.

“It does give us a longer runway and reduces the risk of any [waste], which I think is a good thing and that’s the silver lining in all of this,” he said.

The province paused the use of the AstraZeneca vaccine earlier this month due to an increase in reports of rare but deadly blood clots.

It started offering it again this week as a second shot to people who received the dose between March 10 and March 19 at pharmacies in Toronto, Windsor and Kingston, and at some primary care offices.

Approximately 90,000 people participated in an AstraZeneca pilot between March 10 and March 19.