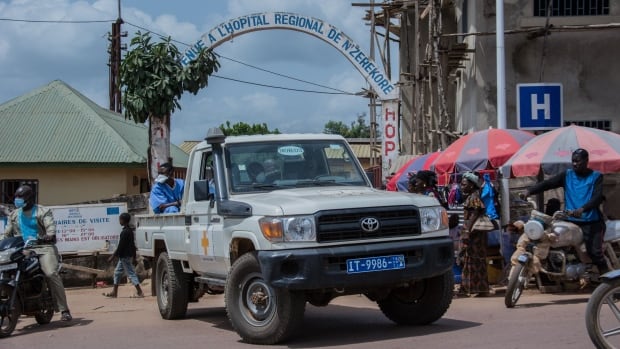 Guinea has declared an end to an Ebola outbreak that emerged in February and killed 12 people, according to the World Health Organization.

The latest outbreak was the first to emerge in Guinea since a deadly outbreak from 2014 to 2016 that killed more than 11,300 people in West Africa.

It originated in the same region before spreading to neighbouring Liberia and Sierra Leone.

Guinea’s latest outbreak was declared Feb. 14 after three cases were detected in Gouécké, a rural community in the southern N’zérékoré prefecture. There were 16 confirmed and seven probable cases.

“I commend the affected communities, the government and people of Guinea, health workers, partners and everyone else whose dedicated efforts made it possible to contain this Ebola outbreak,” said WHO director general Tedros Adhanom Ghebreyesus.

“Based on the lessons learned from the 2014-16 outbreak and through rapid, co-ordinated response efforts, community engagement, effective public health measures and the equitable use of vaccines, Guinea managed to control the outbreak and prevent its spread beyond its borders.”

The United Nations said it will continue to provide post-illness care.

‘We must stay alert’

Dr. Matshidiso Moeti, WHO’s regional director for Africa, said that lessons learned from the past outbreak meant that Guinea managed to contain the virus in only four months.

But she warned that vigilance must remain.

“We are getting faster, better and smarter at fighting Ebola. But while this outbreak is over, we must stay alert for a possible resurgence and ensure the expertise in Ebola expands to other health threats such as COVID-19.”