Premier Doug Ford says the province will decide in the coming days whether or not more stringent lockdown measures, including possibly keeping schools closed, are needed to curb the surge of COVID-19 cases in Ontario.

Ford held his first news conference in more than two weeks Wednesday, amid concerns about the pace of Ontario’s ongoing COVID-19 vaccine roll out and unresolved questions around his former finance minister’s Caribbean sojourn over the holidays.

The news conference came as Ontario reported another 3,266 cases of COVID-19 and 37 more deaths linked to the illness, including that of 57-year-old Maureen Ambersley, a registered nurse who worked at the Extendicare long-term care home in Mississauga.

In a statement, Ambersley’s union said she “represented everything good about what it means to serve your community.”

“Maureen dedicated her working life to caring for our most vulnerable as a nurse in long-term care,” said the Services Employees International Union Healthcare.

Hospitalization figures continue to reach new pandemic highs in Ontario. There are now 1,463 people with confirmed cases of COVID-19 in the province’s hospitals. Of those, 361 are being treated in intensive care and 246 require a ventilator.

In the weeks since Ford last took questions, there have been more than 40,000 new COVID-19 cases in the province, while the number of people hospitalized has risen sharply and 579 more people have died. Two hospitals, one in London and another in Windsor, said this week they are using mobile freezer trailers to temporarily store bodies after their morgues reached capacity from influxes of patients who died with COVID-19.

Ford was asked Wednesday if the province is doing enough to fight the virus, and if tighter measures should be enacted, much like what is being reportedly considered for Quebec. The Quebec government is set to unveil details Wednesday of more strict lockdown measures it will put in place.

“We’re doing everything we can, we’re throwing everything at it,” Ford said. The premier said he is going to speak to Quebec Premier Francois Legault this evening.

“We’ll be making that decision over the next few days,” Ford said. 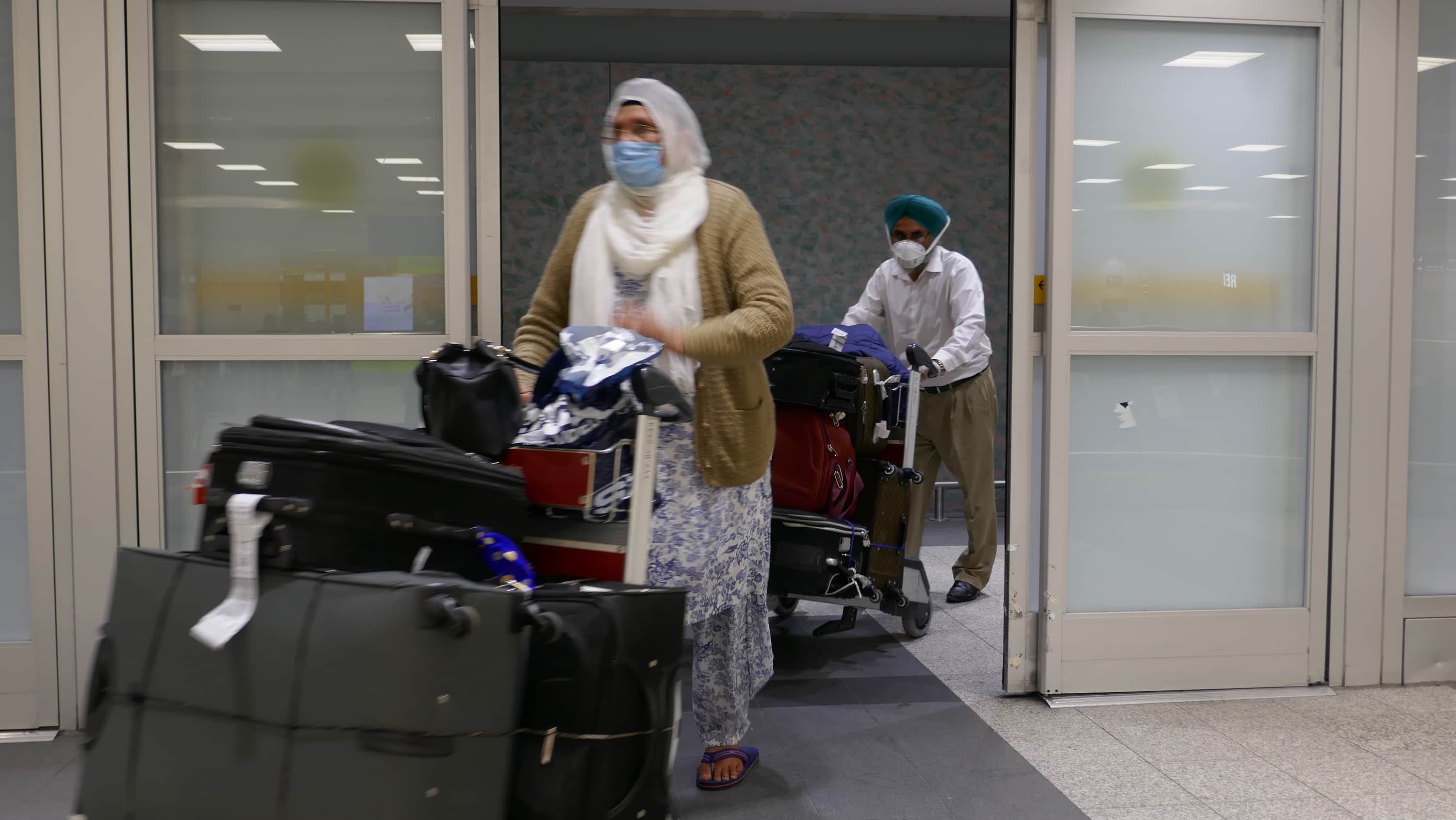 Ontario Premier Doug Ford says he’s introducing a volunteer test for some passengers at Toronto’s Pearson airport to help stop the spread of the coronavirus. 0:59

Back to school questions

The premier was also asked if children not returning to school in Ontario is a possibility. Ford said he would be talking to the province’s chief medical officer of health about the issue.

“We’ll take that advice and be announcing that in the next day or so,” Ford said.

Meanwhile, the Elementary Teachers Federation of Ontario (ETFO) released a statement Wednesday calling on the province not to send kids back while the province is under lockdown.

“It makes no sense for the government to send students, teachers and education workers back to school while the province is locked for another two to three weeks,” said ETFO President Sam Hammond. “Despite repeated calls for adequate safety measures, the government has refused to implement them in a misguided effort to save money, jeopardizing the health and safety of students, educators and their families.”

Ford also faced questions about his government’s plan, outlined at a technical briefing this week, to administer a first dose of COVID-19 vaccine to all long-term care residents, workers and essential caregivers in the hard-hit areas of Toronto, Peel, York and Windsor-Essex by Jan. 21.

As of 8 p.m. Monday, 60,380 people in Ontario had received an initial dose of vaccine for the novel coronavirus, including 10,350 who received a shot yesterday.

Ontario is currently lagging behind other provinces, on a per capita basis, in getting vaccine doses to its most vulnerable residents.

Retired general Rick Hillier said the province is vaccinating at a rate where it will run out of vaccines.

“The help we need is more vaccines, more quickly, in Ontario,” he said.

Then there is the lingering issue of MPP Rod Phillips’ weeks-long vacation to the exclusive island of St. Barts over the holiday season, despite public health guidance to avoid non-essential travel.

Phillips returned from his trip on New Year’s Eve and tendered his resignation from his post as finance minister.

Ford admitted that he was made aware of Phillips’ trip shortly after the Ajax MPP left Canada. In the days between his finding out about the vacation and it becoming public, Ford made multiple pleas for Ontarians to stay home over the holidays without mentioning that one of his own cabinet ministers was in the Caribbean.

The premier was asked very clearly if he was aware of anyone else within the government or his staff who travelled over the holidays, but he did not directly answer the question.

“I made it very clear to people not to travel,” he said.

At the start of Wednesday’s news conference, Ford also announced that the province is now offering free, voluntary COVID-19 testing for international travellers arriving at Pearson airport. More details will be available on the airport’s website.

“We need to do everything possible to stop this virus from coming into Canada,” Ford said.

Combined, they push the seven-day average of new daily cases to 3,114, the highest at any point during the pandemic.

There are currently some 26,064 confirmed, active cases of the novel coronavirus provincewide, also a new high.

Meanwhile, Ontario’s network of labs processed 51,045 test samples — comparatively more than in recent days but still tens of thousands fewer than there is capacity to analyze — and reported a test positivity rate of 8.5 per cent.

The 37 additional deaths increase the official toll to 4,767.

COVID-19 in Indigenous communities: Over 5,000 active cases in First Nations

China, WHO should have acted faster to stop pandemic: expert panel

Parliamentary hearings over Zoom an ongoing headache for interpreters