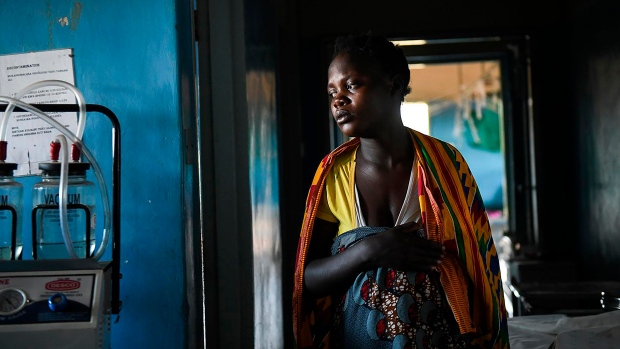 BLANTYRE, MALAWI — Prenatal services at the health clinic were free, but the motorcycle taxi fare cost more than Monica Maxwell could afford. Just four weeks before delivering her baby, she cobbled together 1,400 kwacha (US$1.75) for the 50-kilometre round trip. It was only her third visit — fewer than her first two pregnancies. The money she made selling tomatoes at the local market dried up due to the pandemic. Her husband’s income selling goat meat also dwindled.

“It was the most difficult period of our lives. We had no money for our daily survival,” Maxwell, 31, said as she waited outside with other women to be seen by a medical midwife. “Mostly we stayed home.”

In a country where hospitals are so bare that women are expected to bring their own razor blades for cutting their babies’ umbilical cords, the deepening poverty brought on by the pandemic is further imperiling women’s lives.

Officials say far fewer pregnant women in Malawi are getting the health care they need amid the pandemic, with many forgoing medical visits and relying solely on traditional birth attendants, who provide emotional support and administer traditional herbal treatments but are technically banned by the government from delivering babies because of their lack of formal training. Many families can’t afford clinic visits, or, like Maxwell, the transportation to get there; they also fear they’ll catch coronavirus in a medical facility.

At risk are the gains that Malawi — a largely rural sliver of a country, with 18 million people — has made over the past decade to combat its poor record of maternal deaths. Malawian women face a 1-in-29 lifetime risk of death related to a pregnancy or birth, according to the United Nations Population Fund. The country has 439 such deaths per 100,000 live births — a figure it had worked to reduce from 984 per 100,000 in 2004, as women got better access to medical care, especially in emergencies.

This story is part of a yearlong series on how the pandemic is impacting women in Africa, most acutely in the least developed countries. AP’s series is funded by the European Journalism Centre’s European Development Journalism Grants program, which is supported by the Bill & Melinda Gates Foundation. AP is responsible for all content.

“Not only did the pandemic affect availability of manpower, it also exerted much pressure on the entire health system, including the stock out of certain medicines, equipment, basic medical supply like surgical gloves,” said Hong, who noted that eight Malawian women die daily of pregnancy complications, far higher than the COVID-19 toll. “This had a huge impact on the quality of maternal health service provision during the pandemic.”

At the Ndirande Health Center, just northeast of the country’s commercial capital of Blantyre, about 100 women visited daily for prenatal services before the pandemic. When COVID-19 emerged, that number dropped by half, and now is as low as 15 to 20 patients, said Jacqueline Kolove, a nursing officer at the clinic.

Sometimes even the women who come for prenatal care are afraid to deliver at the clinic during the pandemic, preferring to give birth at home. Malawian women are encouraged to give birth without medical intervention, and many here believe that emergency measures such as cesarean sections are shameful and a sign of weakness. Deciding to give birth at home, though, can be deadly — most women live too far away to make it in time if a dangerous complication arises.

“We explain to them why such a decision might have the dire consequences … sometimes even calling their husbands and parents to try to reason with them,” Kolove said.

At Ndirande and other clinics, nurses, aides and medical midwives give pregnant women ultrasounds and use equipment to listen to the vital signs of mother and baby. A woman can undergo a cesarean section if needed, and medications are available to stop severe bleeding. Clinic staff take medical courses, observe simulated births, and become licensed.

Traditional birthing attendants learn from elders who pass down knowledge through generations and use little to no medical equipment — they listen to women’s bellies by placing their ears there, for example, and gather herbs to induce labor. They say certain herbs, boiled into a dark-green liquid, can address situations such as breech babies who needs to change positions.

The government banned traditional birthing attendants’ delivery work in 2007, but the practice has continued, with the ban rarely enforced. Some attendants charge nothing, and they’ve seen an increase in women coming to them during the pandemic. Attendants such as Lucy Mbewe, who’s 56 and estimates she’s delivered 4,000 babies since 1983, say their work is key for women who can’t afford anything else.

Even the colourful African cloth that is widely used to wrap babies, carry them on mothers’ backs or create makeshift diapers can be a potential obstacle to care, Mbewe noted. “The government hospitals recommend that a woman who is going to deliver needs to carry with her at least 10 pieces of cloth, which is a deterrent to those that cannot even afford to put food on the table,” she said.

At government facilities, Malawian women are even expected to bring a covering for the delivery bed, buckets for water, and sometimes candles or flashlights. Mbewe provides clothing and soap when she helps women give birth. She pays for transportation home. Some women are so grateful they return to pay her; she uses that money to care for other needy clients, she said.

But medically trained midwives say the mounting use of attendants has caused a spike in complicated deliveries, with women going to the hospital only once it’s too late to save them. Mbewe says the complications are caused not by the traditional caregivers, but are attributable to expectant mothers getting pregnant at younger ages — a trend confirmed by a government report.

Midwives and health officials also say they’re fighting against misinformation about the virus and vaccines that deters women from seeking proper medical care. Malawi didn’t have a full social lockdown and has seen a dramatic rise in coronavirus cases, part of a surge across southern Africa. Experts believe cases are undercounted, and apprehension about the vaccine is widespread.

The Malawian government has administered less than 213,000 doses of the AstraZeneca vaccine. And officials destroyed about 20,000 expired doses provided by COVAX, the U.N.-backed program to ship vaccines to poor countries. Across all of Africa, just 1% of the population of 1.3 billion people in 54 countries has had one dose of the vaccine, according to the Africa Centers for Disease Control and Prevention.

Nurses and midwives say some women fear they’ll secretly be given the vaccine if they deliver at a medical facility.

“They feel, as health workers, we are giving them the COVID-19 vaccine instead of oxytocin,” said Kolove, the nursing officer at the Ndirande Health Center, referring to medicine that strengthens contractions and reduces the risk of bleeding. “They feel we are cheating them. As a result, there are some cases where women refuse.”

Medical staff also understand that they and the women they treat are at a higher risk of contracting coronavirus. The medically trained midwives try to educate women, and they take every precaution possible against the virus, even though their work delivering babies makes keeping a physical distance impossible, said Keith Lipato, president of the Association of Malawian Midwives.

“We make sure that all midwives are screened and tested so that those with signs and symptoms are excused from work, and given the necessary medical treatment so that they do not infect clients and patients,” Lipato said.

The precautions don’t persuade many expectant mothers, though. Five months into her pregnancy, Margret Kosamu has yet to visit a health clinic. Instead, the 30-year-old has turned to a traditional birth attendant for just two visits. Her family’s farming income has dropped, but it’s not just an issue of money; she fears visiting a medical facility could kill her, not save her life.

“One is more likely going to contract the virus at the hospital than here,” she said of the attendant’s care.

Lipato and other medical workers fear that the pandemic will have long-lasting effects on women’s health in Malawi and beyond.

Patricia Gunde, 26, has not received any prenatal services during her first pregnancy. She prefers instead to receive the herbs her attendant says will keep her healthy and hasten labor. Gunde has no plans to get a COVID-19 vaccine.

“I am afraid,” she said. “I have heard many stories about it.”

With the traditional birth attendant, she feels at ease because women are seen one at a time.

When the attendant brings Gunde in for care, neither wears a mask.