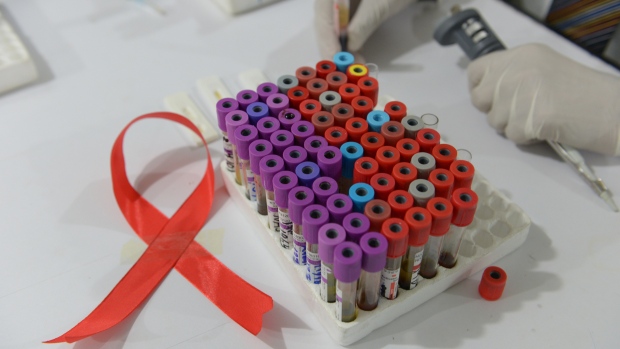 The U.S. Food and Drug Administration has approved the first injectable medication for pre-exposure prophylaxis (PrEP) to lower the risk of getting HIV through sex, it announced Monday.

Apretude is approved for adults and teens who are at risk of getting HIV through sex and who weigh at least 77 pounds. It’s given first as two shots a month apart, and every two months afterward.

PrEP was previously available only in the form of pills, Truvada and Descovy.

“Today’s approval adds an important tool in the effort to end the HIV epidemic by providing the first option to prevent HIV that does not involve taking a daily pill,” said Dr. Debra Birnkrant, director of the Division of Antivirals in the FDA’s Center for Drug Evaluation and Research.

Approval of the new drug “will be critical to addressing the HIV epidemic in the U.S., including helping high-risk individuals and certain groups where adherence to daily medication has been a major challenge or not a realistic option,” Birnkrant added.

An estimated 34,800 new cases of HIV were diagnosed in 2019, the latest year for which federal statistics are available. That’s down from 37,800 in 2015. Data from the Centers for Disease Control and Prevention show that in 2020, PrEP was recommended for about 1.2 million people, but only a quarter got a prescription for it.

Research also found that Apretude was more likely than Truvada to cause side effects such as injection site reactions, headache, fatigue, back pain, myalgia and rash.

Because of a risk of drug-resistant HIV variants, Apretude is only for people who test negative for HIV immediately before starting the drug and before each injection. The label also includes warnings about hypersensitivity reactions, liver damage and depressive disorders.