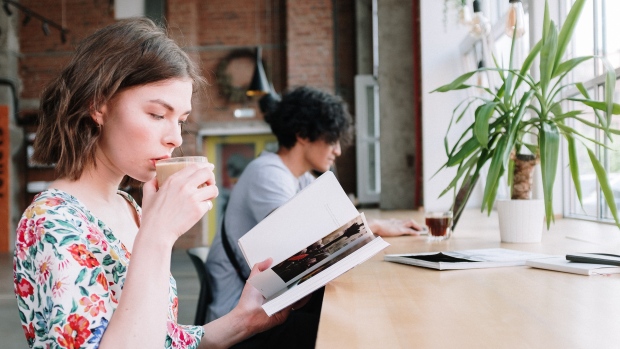 A new trio of studies is adding more support to the idea that drinking two to three cups of java on the daily might actually be good for the heart.

Three studies being presented at the American College of Cardiology’s 71st Annual Scientific Session in April will help put the minds of jittery java-drinkers at rest, according to a press release on Thursday by the ACC.

In what the release called the largest analysis looking at coffee’s relationship to cardiovascular disease and death, researchers found that coffee either had a neutral effect, meaning it caused no additional harm, or had a positive impact on heart health.

“Because coffee can quicken heart rate, some people worry that drinking it could trigger or worsen certain heart issues,” Peter Kistler, head of arrhythmia research at the Alfred Hospital and Baker Heart Institute in Melbourne, Australia, and a senior author of the three studies, said in the release.

“This is where general medical advice to stop drinking coffee may come from,” he said. “But our data suggest that daily coffee intake shouldn’t be discouraged, but rather included as a part of a healthy diet for people with and without heart disease.”

Numerous studies in the past have supported the idea that coffee, despite its ability to speed up a person’s heart rate, is good for heart health. One study published last July that looked at more than 386,000 people found that coffee was associated with lower risks of heart flutter. But concerns cling on, leading to new research such as these three studies, set to be published in full in April.

Kistler’s team looked at data from UK Biobank, a research database for various health issues that has data on a cohort of more than 500,000 people. They compared the levels of daily coffee drinking that participants reported with whether or not participants had any cardiac arrhythmia or heart disease. What they found after controlling for other factors that could affect heart disease, such as smoking, alcohol, diabetes, etc., was that the coffee intake had either no effect or was correlated with reductions in cardiovascular risk.

From there, researchers took the data in three directions.

In the first study, they looked at data from more than 380,000 people who had no known heart disease when they first enrolled in the research database, and then looked to see whether coffee habits played any role in whether participants developed heart disease or stroke over the next 10 years of follow-up data.

Having two to three cups of coffee per day was associated with a 10-15 per cent lower risk of developing coronary heart disease, heart failure or an issue with the rhythm of the heart. And consuming two to three cups a day was associated with the most amount of benefits in respect to cardiovascular health — those who drank more or less than that saw less heart-related benefits overall, although the risk of heart-related death was lowest among those who drank one cup of coffee a day, the release stated.

In the second study, researchers looked at 34,000 participants who did have cardiovascular disease or heart arrhythmia at the start of the study, and found that those who drank two to three cups of coffee per day were less likely to die during the follow-up period than those who drank no coffee. Caffeine was also not associated with a higher risk of an erratic heart beat or heart flutter, the release stated.

“Clinicians generally have some apprehension about people with known cardiovascular disease or arrhythmias continuing to drink coffee, so they often err on the side of caution and advise them to stop drinking it altogether due to fears that it may trigger dangerous heart rhythms,” Kistler said. “But our study shows that regular coffee intake is safe and could be part of a healthy diet for people with heart disease.”

The third study focused on whether the type of coffee — instant vs. ground coffee and caffeinated vs. decaf — changed the relationship to cardiovascular health.

Although some coffee connoisseurs may have strict opinions about the validity of instant coffee, when it came to heart health, the type of coffee did not matter: the risk of arrhythmias, stroke or heart failure was lower with two to three cups of coffee regardless of whether it was instant or ground, the study found. While decaf was associated with reduced cardiovascular disease, researchers state that their overall results favour caffeinated coffee in general.

Researchers acknowledged that these studies only show correlation, not causation, and that there could be unknown compounding factors that they could not control for.

For instance, they could not control for the amount of sugar or cream participants put in their coffee. The participants were also largely white, showing the need for a greater range of study participants in order to be sure that the results can be extrapolated to a wider population.

But the main takeaway, according to ACC, is that coffee is not to be feared.

“Coffee drinkers should feel reassured that they can continue to enjoy coffee even if they have heart disease,” Kistler said. “Coffee is the most common cognitive enhancer—it wakes you up, makes you mentally sharper and it’s a very important component of many people’s daily lives.”

After losing a child in pregnancy, Ontario mum takes to Facebook to find a surrogate

As their daughter was dying, a couple waited for a miracle that did not come