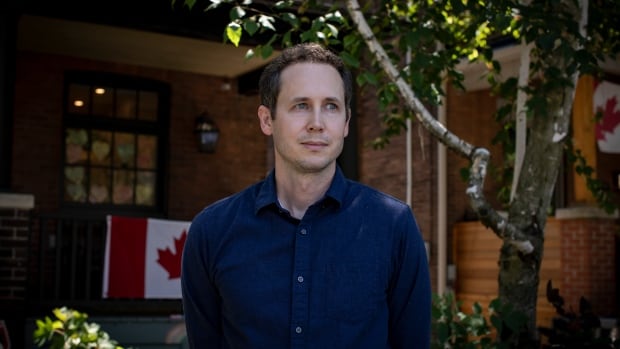 A Toronto-area doctor says his contract at a hospital network was terminated because he has spoken out about the province’s pandemic response.

In a statement obtained by CBC Toronto from a confidential source, Dr. Brooks Fallis, a critical care doctor, blames Ontario government influence for the decision.

“As a result of my actions, the hospital was under pressure from the provincial government, leading to concern about the possible loss of funding for the hospital,” he says in the statement.

His employer, the William Osler Health System, denies the province played a role.

“We have never heard of this individual and the allegation he is making is categorically false,” Ivana Yelich said in an email on Wednesday.

Fallis says he is “deeply disappointed” with the decision. He says the hospital network had offered to extend his contract but that offer was rescinded earlier this month.

“It was a surprise, as the feedback I was given about my performance over the past year as interim medical director of critical care had been positive,” Fallis’s statement reads.

“I was made aware of the reversal in their decision in mid-January. When I met with some of the members of the senior leadership team about this, I was told I was being let go … because of my outspoken, public statements regarding Ontario’s pandemic response.”

Recently, Fallis has spoken out on Twitter about the need for more government action to slow the spread of the COVID-19 variant first detected in the United Kingdom.

Ireland &amp; UK show us the devastation of B117. Ontario does little sequencing so we cannot wait for more info. <br><br>The focus on vaccines as a short term solution is misguided because it won’t impact the epidemic for months.<br><br>Our leaders should be laser focused on containing B117.

Community spread of B117 is here in Ontario. Definitely more transmissible, possibly more deadly. Sequencing capacity is limited. <br><br>If we wait for more data to act we will be unable to regain control &amp; sustained reopening of the economy &amp; schools may become impossible. <a href=”https://t.co/ZY8Xlzcx2I”>https://t.co/ZY8Xlzcx2I</a>

The fact that B117 is the cause of the massive and tragic outbreak at Roberta Place LTC in Barrie should surprise absolutely nobody. <br><br>Yes it is in Ontario.<br>Yes there is community spread.<br>Yes it is a big deal.<br>Yes it needs to be considered in proactive policy decisions now.

Canada is missing a narrow window to take meaningful action before B117 becomes dominant.<br><br>We should be doing everything possible to drive cases as low as we can.<br><br>Tighter borders, regional travel restrictions, deeper lockdown, paid sick days &amp; support for those who need it most.

Fallis says he doesn’t regret speaking out, that he did so to improve the response to the pandemic, and that he will “continue to serve” as a critical care physician at William Osler.

Fallis has said he’s making no further comment beyond the statement.

But spokesperson Donna Harris said Fallis’s position was interim and that the network has recently announced the launch of a “comprehensive, open process” to fill it permanently.

“At no time has the provincial government given any direction or advice relating to HR matters at Osler. Any suggestion otherwise is absolutely false,” Harris said in an email to CBC Toronto on Wednesday.

Harris added Fallis “has been an extraordinarily committed physician leader over the past year, and continues to be a critical part of our COVID-19 response efforts.”

Other doctors at the network, meanwhile, have written a letter of concern about the decision to three members of the senior leadership team — Dr. Naveed Mohammad, president and CEO, chief of staff Dr. Frank Martino, and Dr. Rardi van Heest, vice-president, medical affairs, research and academics.

The letter, dated Wednesday, is signed by 23 ICU physicians.

It says the group doesn’t understand or support the decision and asks three senior managers to discuss the decision with them as soon as possible.

“The ICU physician group is shocked and saddened by this news,” the letter reads, calling Fallis “an exemplary leader.”

“He enacted changes to our staffing model to preserve well-being and minimize burnout during this incredibly stressful time. He has not only optimized our policies and protocols but also created new ones where guidance was lacking,” the letter continues.

According to the group, Fallis was asked to take on the position of interim medical director and division head of critical care about a year ago, the hospital network offered to extend his position in December, but his contract is being terminated effective Feb. 1.

The hospital network has declined to confirm or dispute these dates or to confirm the exact, full title of Fallis’s position.

The letter says members of the Ontario Critical Care Command Table have used his policies and protocols as examples for other hospitals to emulate. It adds that Fallis has enhanced the hospital network’s reputation and influence through such initiatives as the COVID critical care website.

“Furthermore, Dr. Fallis has been a voice of reason and an advocate for improvement in our health-care system as a whole. He has endeavoured to influence our health-care leaders to do better for our patients and our community. We are proud of the voice that he has given ICU physicians caring for the sickest patients amid the pandemic. Our institution gains strength from embracing diverse viewpoints and being open to respectful discourse,” the letter says.

“We believe that Dr. Fallis embodies Osler’s values of excellence, compassion, respect, and collaboration, and exemplifies its vision to provide patient-inspired care without boundaries.”