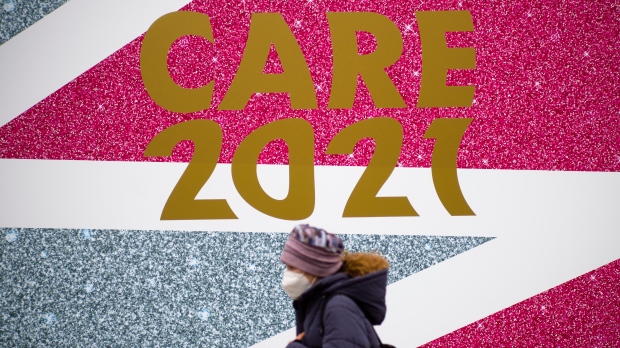 BERLIN — A more contagious variant of the coronavirus first detected in Britain now accounts for almost six per cent of all cases in Germany, officials said Friday.

The head of Germany’s disease control agency said labs examined the genome of the virus in more than 30,000 positive samples last week to assess the spread of the variant, known to scientists as B.1.1.7., and two others that were first found in South Africa and Brazil.

“The three variants, particularly B.1.1.7., have arrived in Germany,” Lothar Wieler, president of the Robert Koch Institute, told reporters in Berlin. “They’re not dominant yet, but we have to reckon that their share will continue to rise, just as it has been reported from other European countries in recent weeks.”

German Chancellor Angela Merkel said Thursday that the prevalence of new variants of the virus will play a role in discussions between the federal and state governments next week about whether to extend existing lockdown restrictions beyond mid-February.

Wieler said the variant first observed in Britain and now detected in 13 of Germany’s 16 states “is more contagious than the existing one, and there are first indications that it can also lead to more serious illnesses.”

He cautioned that rigorous hygiene measures would need to accompany any moves to reopen schools and kindergartens, as demanded by some senior politicians.

A mass analysis of positive tests registered in France Jan. 27 found 14 per cent are suspected to be the variant identified in Britain, according to data released Thursday by the French public health agency. That was up from 3 per cent in a similar analysis a month ago.

Germany’s health minister said that despite concerns about the new variants, there were good signs that lockdown restrictions are slowing the country’s outbreak.

For the first time in two months, Germany has fewer than 200,000 people actively infected with the virus, and the weekly number of newly confirmed cases has dropped to 80 per 100,000 inhabitants, Health Minister Jens Spahn said. The government’s goal is to push the number of new cases per week below the threshold of 50 for every 100,000 inhabitants.

The addition of a third vaccine made by British-Swedish company AstraZeneca would “make a real difference” to Germany’s immunization campaign, Spahn said. The first batches will be delivered to states Friday, he said.

Germany has so far given a first dose of vaccine to about 2.1 million people, compared with about 10.5 million in Britain, which issued emergency authorization quickly and is delaying administering second doses so as many people as possible receive an initial shot.

Spahn said Germany’s existing rules on who should be vaccinated first will be amended to account for the fact that, for now, the country will give the Oxford-AstraZeneca shot only to people ages 18-64, due to a lack of data on older age groups. His ministry said the revised rules would not introduce penalties for individuals who skip ahead in the line for vaccines.

Patient rights campaigners have demanded that queue-jumpers who get shots while millions are still waiting for theirs should be punished. A hospital director apologized this week for getting vaccinated before doctors and nurses. Some 320 police officers in the eastern county of Stendal received shots out of turn, angering local officials.

Spahn said that all people over 80 and those living or working in nursing homes in Germany will have been offered the vaccines by the end of March.