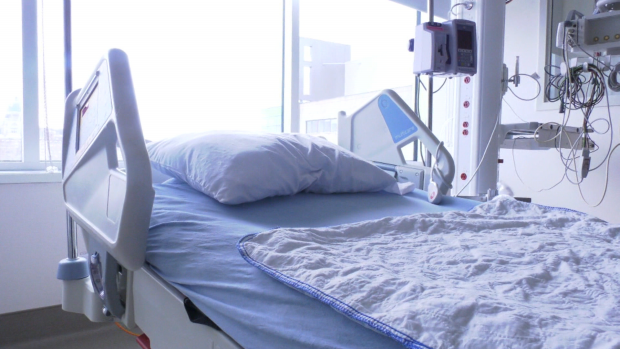 EDMONTON — The pandemic’s third wave is stressing Alberta’s hospitals and in particular, its intensive care units at a toll rarely seen, even at the height of the second wave.

At the start of Tuesday, there were 616 Albertans in hospital receiving care for COVID-19, including 145 in intensive care units.

Alberta’s record highs for the number of patients in hospital and intensive care units were all set at the height of the second wave in late December and early January.

But, data shows the number of ICU patients is growing at a faster rate in the third wave.

In the second wave, it took eight days for the number in ICU to grow from 100 to 125. Earlier this month, the same increase took just six days.

In the second wave, the rate of increase slowed significantly once there were more than 125 patients in ICU, taking a further 17 days to reach 150.

But Alberta currently is nearing the same increase in as few as four days, pending Tuesday’s data.

Of the 10 highest daily increases in the number of ICU patients, four have been in April including two in the past four days.

Hospitalizations are also growing but remain far from the second wave peak, when the number of patients receiving care reached into the low 900s.

Of the 20 largest one-day increases in the number of hospitalized patients, six have been in April.

Doctors have warned while vaccines have kept the deadliest parts of the pandemic’s third wave at bay, more contagious variant cases threaten to lead to a spike in hospitalizations that could overwhelm the health care system.

Alberta has the third-highest per capita hospitalizations out of all provinces, behind Ontario and Saskatchewan.