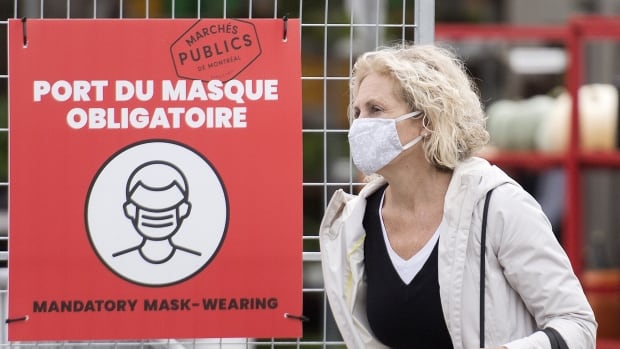 *The new cases are those reported to the Quebec government only. They are believed to be an underrepresentation of the virus’s spread, given the limited availability of PCR tests and use of home testing kits.

*Quebec’s Health Ministry announced it will no longer report its COVID-19 numbers on the weekend.

Quebecers might not have the option of dropping their masks in public places as was originally expected come April 15.

“We’re seriously considering if it wouldn’t be an opportune time to push the end of mask mandates to a later date because of the seriousness of this wave,” Boileau said during an interview Sunday.

“We certainly expect to provide a recommendation in that direction.”

Still, Boileau said, no other restrictions are planned. He said the government is calling on Quebecers to take precautions and to be informed about the risks of contracting the virus before doing an activity that involves other people.

Quebec Public Health will make its recommendation to the government today, and the government will announce its decision regarding the future of indoor masking rules for public spaces Tuesday.

Montreal virologist Benoit Barbeau says it would be prudent to see how the contagious Omicron subvariant, known as BA.2, plays out in Europe before making a decision about masking in Quebec.

“Everybody thinks we’re in an endemic phase, but we’re not there yet,” he said.

“I’d give it at least one week to better appreciate how the situation is evolving and how much we will  be capable of maintaining transmission and the increase in the number in hospital cases.”

Last week, a top infectious diseases specialist in Quebec said the sixth wave of the pandemic could worsen if the government forgoes some restrictions, such as masking. She said the government should reduce capacity in some businesses where the risk of infection is greater, such as restaurants.

“The pandemic is not over, and this sixth wave is probably going to be as bad as the fifth one. We should at least have the same sense of urgency,” said Dr. Cécile Tremblay.

What are the symptoms of COVID-19?

If you think you may have COVID-19, the government asks that you call 1‑877‑644‑4545 to schedule an appointment at a screening clinic.