India has approved the COVID-19 vaccine developed by AstraZeneca and Oxford University, paving the way for a huge immunization campaign in the world’s second most populous country.

Information and Broadcasting Minister Prakash Javadekar told reporters on Saturday the vaccine was approved on Friday. It’s the first COVID-19 vaccine to be approved for emergency use by India, which has the highest number of infections after the United States.

India has reported more than 10 million COVID-19 cases, though its rate of infection has come down significantly from a mid-September peak.

The country hopes to inoculate 300 million of its 1.35 billion people in the first six to eight months of 2021.

WATCH | Why Canada has been slow to get COVID-19 vaccines in arms:

The provinces are behind targets of getting COVID-19 vaccine into Canadians’ arms, and experts say logistical challenges are largely to blame but are hopeful the arrival of the Moderna vaccine will help speed things up. 3:22

In Canada, nearly 500,000 doses of the Pfzier-BioNTech vaccine have been distributed across the country since Health Canada approved it on Dec. 9.

The Moderna vaccine — approved on Dec. 23 — has also started to roll off tarmacs and began reaching remote and First Nations communities over the past week.

In British Columbia, families are demanding answers after 38 residents at the Little Mountain Place long-term care home in Vancouver have died from COVID-19.

Alberta saw an estimated 900 new cases of COVID-19 on Friday, according to the province’s chief medical officer of health. Dr. Deena Hinshaw said tweeted Saturday that Alberta’s hospitalization and ICU totals remained stable, and no additional deaths were reported.

In Saskatchewan, two staff and one resident have tested positive at the Willow Cree Healing Lodge near Duck Lake, according to a Correctional Service of Canada news release. 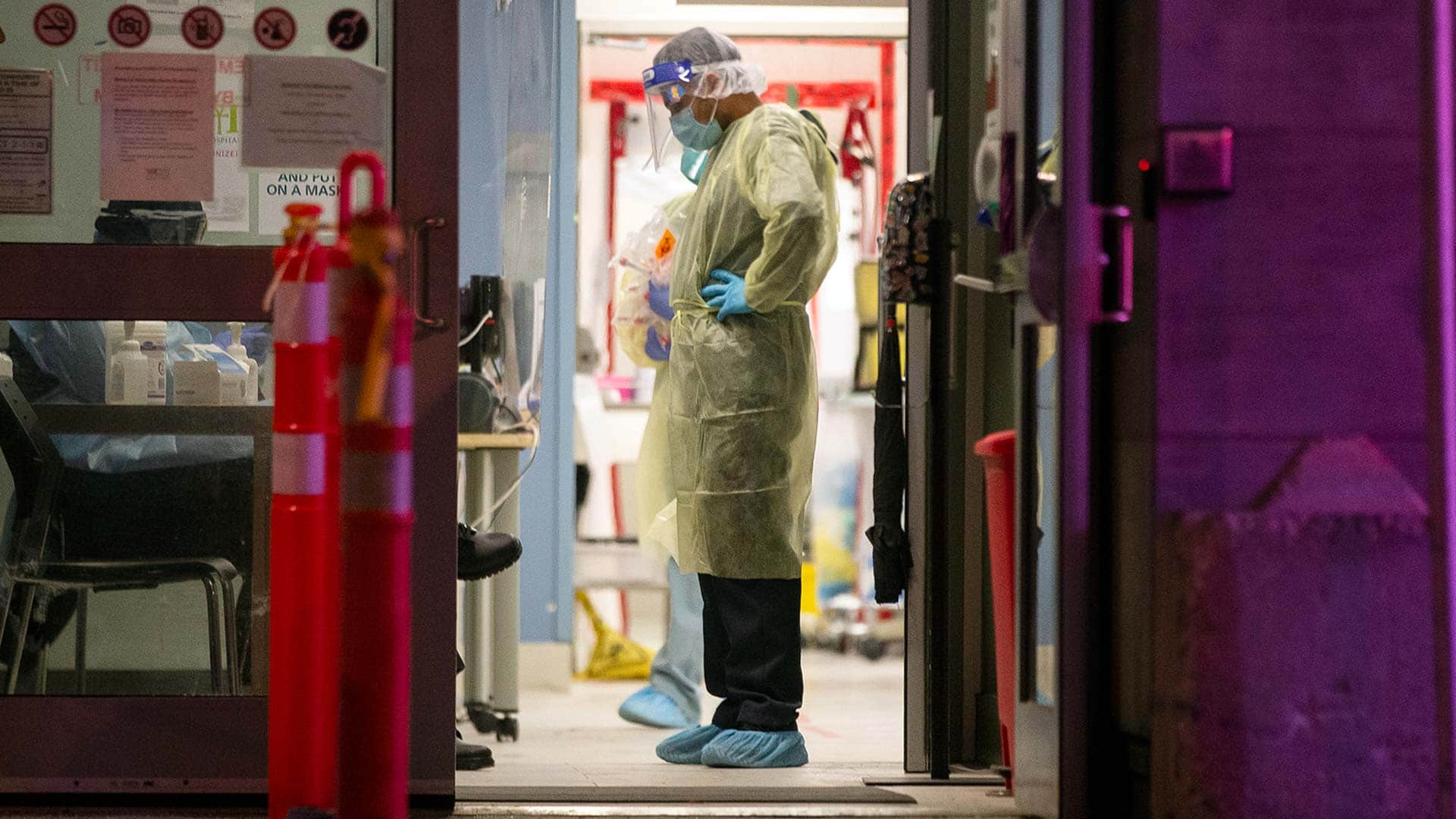 Ontario has set records for new COVID-19 cases, hospitalizations and ICU admissions, as the consequences of Christmas gatherings start to set in and the province still has a few weeks before numbers start coming down. 3:31

Ontario reported a two-day total of 5,839 new COVID-19 cases on Saturday after the provincial health ministry did not release daily figures on Jan. 1. The province saw 2,476 cases on Friday and a new single-day high of 3,363 cases on Saturday.

In Quebec, three physicians and three other employees in Cité-de-la-Santé Hospital’s emergency room in Laval have tested positive, according to the regional health board. A union representing representing staff at the hospital is concerned about hospital staff’s ability to deal with a potential influx of patients in the new year.

The province will release its first COVID-19 update of 2021 on Sunday.

Nova Scotia announced 13 new cases, including five cases connected to a Dartmouth school. The province says all the new cases are close contacts of previously reported cases or linked to travel outside Atlantic Canada.

Newfoundland and Labrador‘s active caseload dropped to 11 after the province reported no new cases and six recoveries Saturday.

On Prince Edward Island, testing clinics are open in Charlottetown and Summerside after clinics were closed New Year’s Day.

Yukon added four new cases, which they say are “close or household contacts” of an out-of-territory traveller.

In the Northwest Territories, a non-resident worker in Yellowknife has tested positive. The territory says the individual travelled to Yellowknife by air, is asymptomatic and “safely isolating” in the city.

Here’s a look at what’s happening with COVID-19 across the country:

As of Saturday, more than 84.2 million cases of COVID-19 had been reported worldwide with more than 47.4 million cases considered recovered or resolved, according to Johns Hopkins University’s tracking tool. The global death toll stood at more than 1.8 million.

In Europe, the U.K. has registered a record 57,725 daily coronavirus cases as hospitals in Britain have started receiving batches of the coronavirus vaccine developed by Oxford University and AstraZeneca, which was approved by British regulators this week. 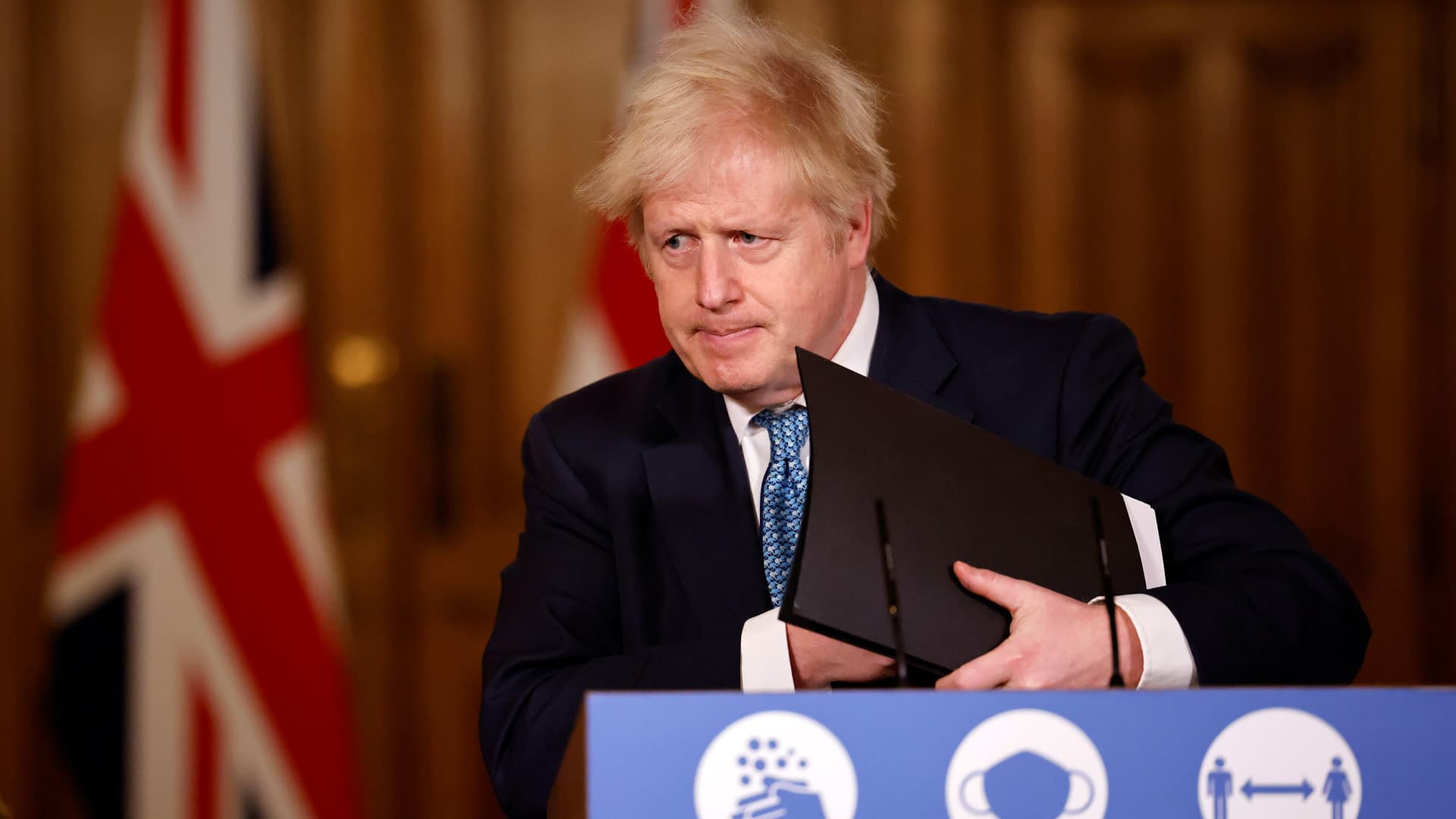 A new study from Imperial College London has found that the U.K. coronavirus variant is much more transmissible than the original strain. 2:17

In the Americas, funeral homes in Southern California are turning away bereaved families because they’re running out of space for the bodies. Los Angeles County has surpassed 10,000 COVID-19 deaths.

In Africa, Chad has locked down its capital N’djamena for the first time since the outbreak of the pandemic and has declared a dusk to dawn curfew due to a rise in infections.

The grey tsunami: Number of Atlantic Canadians over 75 will double in 20 years