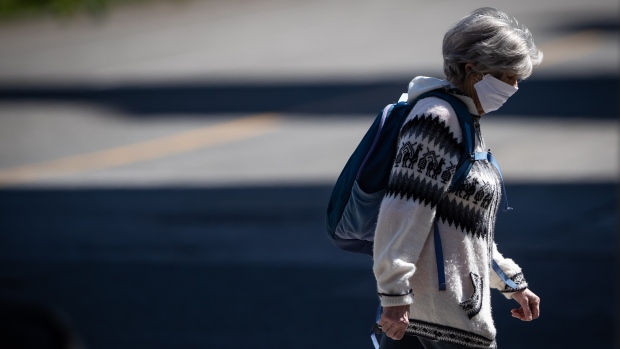 TORONTO — A new Canadian study has found that preventative measures implemented to slow the spread of COVID-19 “all but eliminated” seasonal influenza, and may offer some guidance on how to prevent flu outbreaks in a post-pandemic world.

The study, conducted by researchers at Montreal’s Concordia University, says that there is a “clear relationship” between measures implemented to protect against COVID-19, including hand-washing, physical distancing and wearing a face mask, and the spread of the annual flu.

“With the introduction of COVID-19 mitigation measures, we saw a steep decline in influenza cases in the Northern Hemisphere,” Jovana Stojanovic, a postdoctoral fellow at Concordia and the lead author of the study, said in a press release.

“Then we also observed that as COVID-19 cases went up and down in different ways, influenza was basically annulled across both the north and south hemispheres. That speaks volumes about how contagious COVID-19 is compared to influenza,” she added.

The findings were published Monday in peer-reviewed journal Frontiers in Public Health.

The researchers noted that the flu can “kill tens of thousands of people a year,” but had little impact during 2020-2021 in countries they studied including Canada, the United States, Australia and Brazil.

According to the study, the goal of the new research is to help combat worldwide disinformation that COVID-19 is similar to influenza.

Using data from the World Health Organization’s influenza virological surveillance tool FluNet, researchers looked at how the epidemiological pattern of the 2019-2020 influenza season compared to the evolution of COVID-19 in these countries after public health measures were introduced.

The researchers reported that Canada and the U.S. showed “significant reduction of influenza cases” compared with the averages of the four previous years after COVID-19 health measures were implemented.

The study found that flu season, which usually runs from October to May, ended a month earlier in Canada and almost two months earlier in the U.S.

“In the Northern Hemisphere, we initially had overlapping flu and COVID-19 cases. When we introduced basic measures like hand-washing, social distancing and wearing masks, the flu was almost totally obliterated while COVID kept going,” Simon Bacon, Concordia professor and co-author of the study, said in the release.

The Public Health Agency of Canada (PHAC) says there was a total of 68 confirmed influenza cases as of April 24.

The agency said this number is “significantly lower” compared to the past six seasons where an average of 49,641 flu cases were reported for the season to date.

“Despite continued monitoring for flu across Canada, there continues to be no evidence of community circulation of flu. Public health measures implemented to reduce the impact of COVID-19 continue to prevent the transmission of flu within the community,” PHAC said in its latest FluWatch report.

Canada’s chief public health officer Dr. Theresa Tam said in March that the public health measures in place to slow the spread of COVID-19 have helped keep the flu at bay, in addition to other infectious diseases like measles.

America’s top pandemic advisor Dr. Anthony Fauci told NBC’s “Meet the Press” last week that this is why some people will likely continue to follow virus protocols, specifically masking, after the pandemic.

“It is conceivable that as we go on, a year or two or more from now, that during certain seasonal periods when you have respiratory-borne viruses like the flu, people might actually elect to wear masks to diminish the likelihood that you’ll spread these respiratory-borne diseases,” Fauci said on Sunday.

When looking at figures from Brazil and Australia, Concordia researchers found similar results compared to Canada and the U.S.

The study said that flu season in the Southern Hemisphere lasts from May to November, but in these countries, there was “no traditional mid-year spike” for influenza cases, despite COVID-19 nearing its second-wave high.

Bacon said the study’s findings offer guidance for public health authorities on how to manage seasonal influenza in a post-coronavirus future, specifically for older individuals and those with respiratory conditions.

“When we interact with people in those high-risk brackets, we should maintain some measures like handwashing, mask-wearing and social distancing. We’re used to them now, so maintaining them moving forward is probably a good idea,” Bacon said.