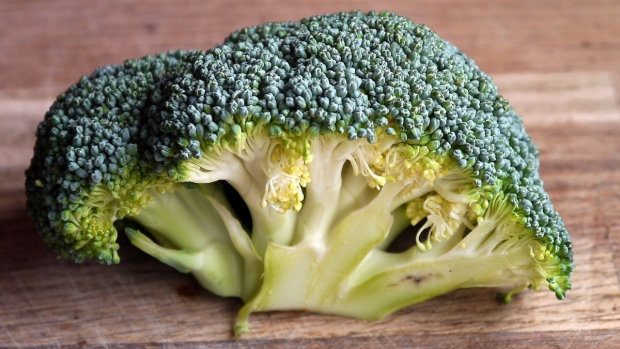 A chemical found in broccoli and other vegetables may offer a “promising” approach to preventing and treating COVID-19 pending further study, researchers say, after small amounts of the compound were found to reduce SARS-CoV-2 growth in mammalian cells and mice.

Researchers at Johns Hopkins Children’s Center in Baltimore, Md., have found sulforaphane, a plant-derived chemical or phytochemical found in broccoli and other cruciferous plants, can inhibit the replication of SARS-CoV-2, the coronavirus that causes COVID-19, as well as some common cold coronaviruses.

The results, published in the Nature journal Communications Biology on March 18, also showed promising evidence after combining even smaller amounts of sulforaphane with remdesivir, an antiviral medication used to treat some hospitalized COVID-19 patients.

The researchers say sulforaphane has already been found to have anti-cancer effects, but the public shouldn’t rush to buy sulforaphane supplements online or in stores due to a lack of regulation and the need for studies in humans to prove the chemical’s efficacy.

The team says it plans to do human studies to determine whether sulforaphane can prevent or treat infection.

“Despite the introduction of vaccines and other medications that can have side effects, effective antiviral agents are still necessary to prevent and treat COVID-19, particularly considering the potential effects of new coronavirus variants arising in the population,” Children’s Center microbiologist Lori Jones-Brando, an assistant professor of pediatrics at Johns Hopkins University School of Medicine and senior author of the paper, said in a statement.

“Sulforaphane could be a promising treatment that is less expensive, safe and readily available commercially.”

The researchers used purified, synthetic sulforaphane sourced from commercial chemical suppliers and exposed it to cells for one to two hours before infecting them with SARS-CoV-2 and the common cold coronavirus, HCoV-OC43.

They found low micromolar concentrations of sulforaphane, between 2.4 and 31 micromolar, reduced the replication of six strains of SARS-CoV-2 by half, including the Delta and Omicron variants, as well as the common cold coronavirus.

Similar results were observed in cells previously infected with the viruses.

Molar concentration is the number of moles of solute per litre of solution. A mole is a unit of measurement for small particles such as atoms, with one micromolar being one-millionth the concentration.

The researchers found using remdesivir slowed SARS-CoV-2 and common cold coronavirus replication by 50 per cent at four and 22 micromolar respectively.

Further experiments showed lower doses of sulforaphane, in the range of 1.6-3.2 micromolar, combined with remdesivir, between 0.5 and 3.2 micromolar, were more effective together than alone.

“Historically, we have learned that the combination of multiple compounds in a treatment regimen is an ideal strategy to treat viral infections,” said Dr. Alvaro Ordonez, first author of the paper and an assistant professor of pediatrics at Johns Hopkins University School of Medicine.

“The fact that sulforaphane and remdesivir work better combined than alone is very encouraging.”

The researchers also performed experiments on male mice and found that giving 30 milligrams of sulforaphane per kilogram of body weight to mice before infecting them with SARS-CoV-2 resulted in less weight loss, or 7.5 per cent less compared to infected, untreated mice.

Compared to mice who were not given sulforaphane, pre-treated mice also saw their viral load in the lungs reduced by 17 per cent and by nine per cent in the upper respiratory tract.

Lung injury fell by 29 per cent and lung inflammation, considered a factor in COVID-19 death, was reduced.

“What we found is that sulforaphane is antiviral against HCoV-OC43 and SARS-CoV-2 coronaviruses, while also helping control the immune response,” Ordonez says. “This multifunctional activity makes it an interesting compound to use against these viral infections, as well as those caused by other human coronaviruses.”