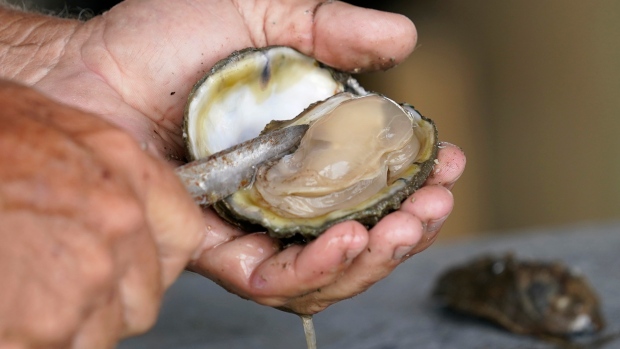 They have been sold in British Columbia and may have been distributed in other provinces and territories.

The CFIA says the oysters may have been served in hotels and restaurants.

Customers are being told to throw out the oysters, or return them to their place of purchase.

There have been reported illnesses associated with the product, with symptoms including diarrhea, vomiting, nausea and stomach cramps, low-grade fever, headache, chills, muscle aches and fatigue.

The CFIA says the recall was triggered by findings during its investigation into a food-borne illness outbreak, which may lead to other recalls.

This report by The Canadian Press was first published March 23, 2022.