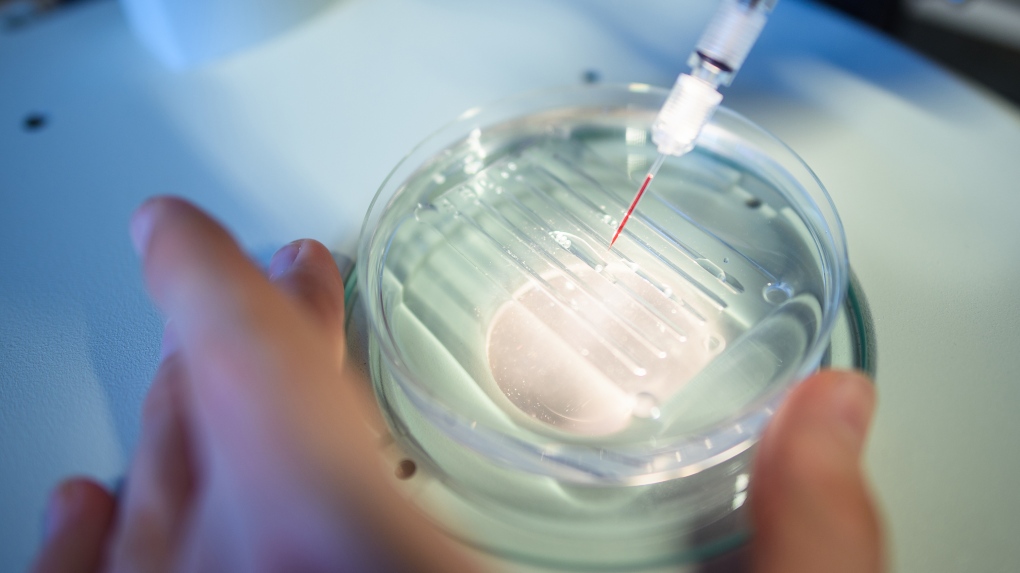 When popular YouTube star Adalia Rose died earlier this year, she looked like a diminutive, sickly woman in her 80s. In reality she was only 15 years old, a victim of progeria, an extremely rare genetic disorder caused by a single mutation in one of three million base pairs that make up human DNA. Completely normal in mind and spirit, children with progeria age at a very rapid pace, typically dying in their teenage years.

Rose captured the hearts of her more than three million YouTube subscribers and 12 million Facebook followers with a cheerful, positive outlook and zest for life. With her mother’s help, she shared details of her painful and debilitating disease via upbeat, charming videos, while leaving plenty of room for her dance moves and numerous makeup tutorials.

“I look sexy!” she told her audience, flipping her blue-tipped blond hair over her shoulder with Lizzo flair, before settling down to explain to her viewers the types of medicines she took and why she lost vision in one eye.

While Rose spent her short life helping to break down the stigma attached to a devastating illness, geneticist David Liu has dedicated his career to developing ways to alter the genetic code that took her life at such a tender age.

“That a single misspelling in her DNA ended Adalia’s life so early is a loss for all of us,” said Liu, a professor of chemistry and chemical biology and director of the Merkin Institute of Transformative Technologies in Healthcare at Harvard University.

“I did not get the chance to meet Adelia before she passed away in January. But every progeria patient I have met has been warm, charming, articulate and profoundly inspiring,” Liu told CNN.

In his Harvard lab, Liu and his team have invented new ways to repair mutated genes that are less damaging to DNA than prior technologies. One of his lab’s innovations is called a base editor, which he used last year to cure progeria in mice. There are four bases in DNA: adenine (A), cytosine (C), guanine (G) and thymine (T). These form specific pairs: A with T, and G with C.

Liu is hopeful the tool will soon be used in human clinical trials to reverse progeria in people.

“The base editor goes into the cells of the animal, looks for the mistake, which in progeria is a C to a T and changes the T back into a C,” Liu told an audience Tuesday at the Life Itself conference, a health and wellness event presented in partnership with CNN.

“And that’s it. We never come back into the patient — it’s a one-time treatment that permanently fixes the mutation that causes the disease,” said Liu, who is also vice-chair of faculty at the Broad Institute of MIT and Harvard, a biomedical and genomic research center in Cambridge, Massachusetts.

Six months after announcing success with progeria, Liu and scientists at St. Jude Children’s Research Hospital announced they had used base editors to reverse sickle cell disease in mice.

THE BENEFIT OF A ‘NICK’

Scientists edit genes by using enzymes that have been engineered to target a specific sequence in DNA, cut out the offending genetic material and insert replacement DNA. For decades, however, known methods of modifying our genetic code were clumsy, often missing their target or cutting too much or too little genetic material.

The arrival of CRISPR systems in the 1990s and specifically CRISPR-Cas-9 in 2013 heralded a new, more elegant way to edit genes. CRISPR uses what is called guide RNA to get the Cas-9 enzyme to a more precise spot on the DNA strand to make the cut.

After years of vetting, the US Food and Drug Administration approved CRISPR-Cas-9 in 2021 for use in human clinical trials for sickle cell disease. Clinical trials are also underway to test the safety of gene editing in a blood disorder called beta thalassemia, leber congenital amaurosis, which is a form of inherited childhood blindness, blood cancers leukemia and lymphoma, Type 1 diabetes, and HIV/AIDS, to name a few.

In 2021, researchers reported they had successfully edited a rare, painful condition called transthyretin amyloidosis in six people with a single treatment. The fatal disease causes a protein called TTR to fold into clumps and attack the heart and nerves. The study, published in August, reported levels of TTR in some people declined by an average of 87 per cent after treatment.

Like older editing technologies, however, CRISPR-Cas-9 cuts both strands of DNA, which has some disadvantages, Liu said. For one, some cells reversed the changes after they were made, he said, “so the overall efficiency of the editing was very low.”

Liu’s team discovered that if you cut only one strand of the DNA double helix with CRISPR-based technology and “nick” the other, the cell was more likely to implement the corresponding change on the second strand without complaint — and with fewer mistakes.

Liu and his team also invented another type of CRISPR-based tool called a prime editor, which could make larger, more complex edits to DNA that base editors could not.

In tests using human cells grown in the lab, Liu’s team used prime editing to correct the genes responsible for Tay-Sachs disease, a fatal neurological disorder that attacks in the first few months of life. Children with Tay-Sachs typically die within a few years after symptoms begin.

“An analogy I like to use is that the original CRISPR-Cas_9 is like scissors that cut DNA. Base editors are like pencils that precisely correct letters by changing them to one of four different letters,” Liu explained. “And prime editors are like molecular word processors that do a true search and replace of larger sequences.”

Only a third of the 75,000 known “misspellings” that cause genetic disease can be corrected by base editors, Liu said. “But add in our prime editor, and between the two they can finally liberate us from being beholden to the vast majority of misspellings in our DNA,” he told the Life Itself audience.

“We have to make sure all of these different technologies go through clinical trials very carefully,” Liu added. “But if they prove to be safe and efficacious, then one could imagine treating not just rare misspellings that cause grievous genetic diseases, but perhaps even treating gene variants we know contribute to terrible diseases like Alzheimer’s disease or high cholesterol.”

However, Collins added, “It’s unclear if prime editing can insert or remove DNA that’s the size of full-length genes — which may contain up to 2.4 million letters.”

Genetic editing will not be a solution for all of life’s illness, Liu cautioned. For example, infections and cancer cells are two areas that are not well matched for gene editing, because you would need to touch each cell to stop the illness.

“But with many genetic diseases, we often only need to edit 20 per cent or 30 per cent of tissue to rescue the genetic disease,” Liu said. “That’s what we saw with progeria and sickle cell disease in mice. A little bit of editing can go a long way to rescue these diseases in animals, and we think in people as well.”