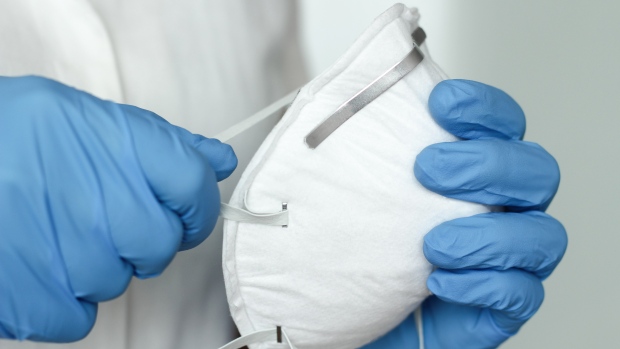 VICTORIA — The head of a health authority in British Columbia is no longer with the organization following allegations related to misspending on various items including $7 million for respirators that didn’t meet provincial standards.

Benoit Morin’s departure was announced by the Provincial Health Services Authority on Tuesday, hours after the government released a report it commissioned into the allegations about decisions and spending.

The health authority says in a news release that Morin “left the organization” and has been replaced.

Health Minister Adrian Dix said in a statement that “British Columbians need to have confidence in the health-care system and know that it is being funded responsibly, transparently and in their best interest.”

“These were serious concerns, and I appreciate that they were raised to me.”

Ernst & Young says in its report that it looked into allegations of a conflict of interest due to a possible relationship between Morin and a Montreal company that sold respirators last spring.

It says some of the respirators were deemed counterfeit but its findings suggested there was no pre-existing relationship between Morin or anyone at the company, identified by the Health Ministry as Luminarie.

The original order for personal protective equipment last March was outside of the health authority’s normal practices, which would have included due diligence procedures on the vendor, the report says.

“The unusual nature of the procurement resulted from global challenges in sourcing (personal protective equipment) at the time and the CEO’s involvement in the original purchase, including directing staff to issue a multimillion-dollar deposit to the Montreal vendor.”

Staff attempted to negotiate with the supplier and wanted to start legal action shortly after problems with the respirators were discovered but the health authority’s board and Morin supported negotiations instead, it says.

But when negotiations failed, other executives decided to pursue legal action without informing Morin or the board of directors, the report says, adding the company filed for bankruptcy in January.

The report says Morin did not agree with his finance staff on whether a writeoff of about $7 million should be recorded in its financial statements for the fiscal year ending March 31, 2020.

He decided to dismiss three members of the executive team and the chief internal auditor last year because they raised concerns about the failed transaction with the company, it says.

“All of the employees’ departures were at least in part related to a perceived lack of loyalty to and/or friction with the CEO,” the report says.

The review also uncovered other concerns that were outside its scope, including the cost of renovations to executive offices and hiring and compensation decisions within Morin’s office.

– By Camille Bains in Vancouver

This report by The Canadian Press was first published Feb. 9, 2021.