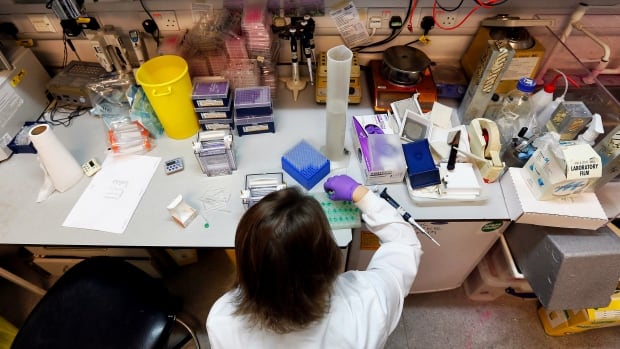 The government of New Brunswick says there are now 47 cases of a mysterious neurological disease, for which experts are still trying to figure out a source.

As of last Thursday, there have been 37 confirmed and 10 suspected cases of “a neurological syndrome of unknown cause,” Bruce Macfarlane, spokesperson for the Department of Health, said in an email Monday.

That brings the number of cases up from 44. The province last reported a new case in early April.

There have been six deaths caused by the disease, with no new deaths reported Monday.

Macfarlane said the province is collaborating with local and national subject matter experts and health-care providers to investigate the individuals showing signs and symptoms of the syndrome.

“At this time, the investigation is active and ongoing to determine if there are similarities among the reported cases that can identify potential causes for this syndrome, and to help identify possible strategies for prevention.

“The investigation team is exploring all potential causes including food, environmental and animal exposures.”

Macfarlane said most of the cases are in people who were living in areas around Moncton and on the Acadian Peninsula.

“However, it is unknown at this stage of our investigation whether geographic area is linked to the neurological condition and related symptoms” he said.

The disease cluster was first reported on in March, when Radio-Canada obtained a memo from Public Health to medical professionals.

The March 5 memo noted that 43 cases of the disease had been identified so far, and that five people had died.

Tests done on the patients have so far ruled out Creutzfeldt-Jakob disease and other prion diseases, and scientists are looking into the possibility that this is an entirely new disease, possibly caused by an environmental toxin.

The lack of communication from the provincial government has prompted some families of victims to speak out, demanding more transparency regarding what’s known about the disease, which was first observed in 2015.

On April 7, the Department of Health acknowledged residents’ “confusion and concern,” and pledged to provide regular updates in the coming weeks via a website that was being developed.

Macfarlane on Monday said the website is in its finishing stages and “will be launched in the coming days.”