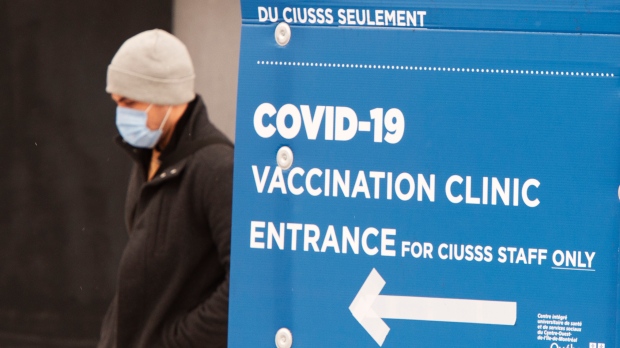 Studies have suggested previous COVID-19 infections may result in promising levels of immunity to the virus, leading to questions of whether those who’ve already recovered from the disease still need a vaccine.

And is there urgency to inoculate them, or can they move to the back of the vaccination line?

Experts say a vaccine will likely offer the safest bet for longer-term protection, meaning those with previous infections should still get them. And prior COVID illness shouldn’t determine someone’s place in the queue.

The exact level of immunity acquired from a natural infection is yet to be fully determined, says Dr. Andre Veillette, a professor of medicine at McGill who’s also on Canada’s COVID-19 vaccine task force.

It may be that protection begins to wane quicker in some people, or that those with previous mild infections aren’t as protected as someone who had more severe symptoms, he says. Still others may think they’ve had a COVID-19 infection but can’t be sure if they didn’t get tested at the time.

“I would say the simple rule would be that we vaccinate people who’ve had prior infections, just like everybody else,” Veillette said. “If you had the infection, yes, you may have some protection, but it may not last a long time, and it may not be as good as the vaccine.”

Pfizer-BioNTech and Moderna vaccines were found to have a 95 per cent efficacy in clinical trials in protecting against severe disease.

But there are still questions around whether the vaccines can actually prevent someone from catching the virus and spreading it to others. While Moderna has some data that their product may protect against acquiring the virus, it’s still unclear.

Antibodies from natural infections suggest the same — that they may protect us from getting really sick again, but not from getting the virus a second time.

While there have been some cases of reinfection around the world, immunology expert Steven Kerfoot says the fact we’re not seeing more of those suggests the immune response from initial COVID-19 infections is probably “pretty strong.”

Kerfoot, an associate professor at Western University, says vaccines are designed in a way that should produce an immune response “at least as good or better” than what we get after a natural infection.

“So it may help fill in holes where people may not have developed an immune response effectively to the virus,” Kerfoot said. “If anything, the vaccine could as act as its own booster that would improve your immunity.”

While some studies have suggested antibodies may disappear relatively quickly after COVID-19 infections, others have found a more lingering immune response. An American study published this month showed antibodies present for at least eight months, and possibly longer.

Even studies suggesting an early drop-off of antibody levels aren’t concerning, Kerfoot says. Infections trigger the body to produce other immune cells and memory cells that reduce slowly over years and help fight off future invasions from the same virus.

If the immune response in those with past COVID infection is expected to be lengthy, could there be justification to defer their inoculations, especially if vaccine supply is low?

It will be up to provinces to decide priority in each stage of their rollouts, but Jason Kindrachuk, a virologist with the University of Manitoba, says that will be a tricky decision.

“I don’t think we can use prior infection as an indicator of priority, because we just don’t know what that person’s immune response actually is,” Kindrachuk said. “We don’t know what long-term immunity looks like in those folks.

“The recommendations are going to be that everybody gets vaccinated because that way we know — across vulnerable groups and all ages and different demographics — they’ll all get a robust immune response.”

Veillette adds that many people with previous COVID cases were also in higher-risk settings — either because of their jobs or living environments — that would theoretically put them at risk for reinfection.

And if they were to get the virus again but not show symptoms, they could still pass it on to other people.

“There’s probably a whole spectrum of situations there, and when there’s so many variables it’s better to have a simple rule,” he said. “So I think that’s another reason to vaccinate previously infected people.”

This report by The Canadian Press was first published Jan. 18, 2021.