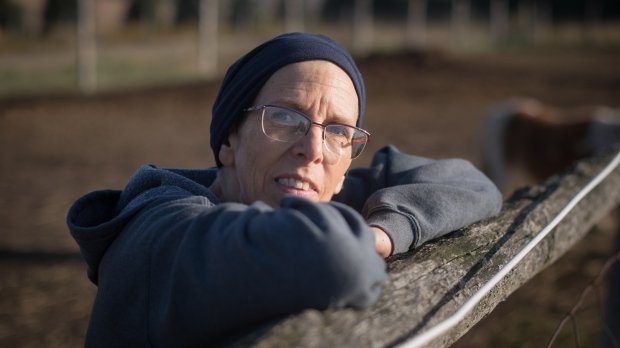 TORONTO — Canadian researchers are testing a new approach to treating Parkinson’s disease they hope can slow and even stop its progress.

The experimental method involves using targeted ultrasound to open the blood-brain barrier and deliver therapeutics to specific regions of the brain, without the need for any cutting or drilling.

Experts from Toronto’s Sunnybrook Health Sciences Centre and University Health Network say they are the first in the world to use targeted ultrasound to treat the progressive, neurodegenerative condition in this way.

The technique allows MRI-guided ultrasound waves to reach deep into key motor regions known to be affected by Parkinson’s disease.

“A way to overcome that blood-brain barrier has been a major interest in neuroscience now for several decades,” says Dr. Nir Lipsman, the study’s co-principal investigator and director of Sunnybrook’s Harquail Centre for Neuromodulation.

“Some of the areas where this has been particularly relevant are in conditions like Parkinson’s disease and Alzheimer’s disease, where there may be effective treatments that may work in animal models or other models, but we just can’t get them into the brain in sufficient amounts.”

The blood-brain barrier protects the brain from toxins, but can also block potentially helpful medications and treatments such as chemotherapy, antibodies, stem cells or gene therapy.

Phase I of a clinical trial began in late summer with Pat Wilson, 56, the first of three patients to test the method.

The idea was daunting at first, she admits from her home south of Barrie, Ont.

“I was very overwhelmed by that. I thought, ‘Oh my goodness. Why do I have to be first?”‘ says Wilson, whose late father also had Parkinson’s.

“But it’s kind of cool to be involved in something like that. If it can go somewhere and work for other people. That’s great.”

Wilson says she was diagnosed in February 2013 after noticing symptoms about a year earlier.

The former school secretary was forced to retire last year when she could no longer write legibly or use a computer efficiently. She says increasing stress and fatigue also made it hard to be productive.

Lipsman says they’re in the midst of treating a third patient and hope to recruit three more. Trial participants must be between 35 and 73 years old.

Each patient gets three treatment sessions, with each session carried out at two-week intervals. Then clinical imaging takes place one, three and six months after the final focused ultrasound procedure.

There is currently no cure for Parkinson’s, which causes tremors, rigidity, slow movement and other disabling symptoms.

Experts have crossed the blood-brain barrier in treatments targeting Alzheimer’s disease, brain tumours and amyotrophic lateral sclerosis, also known as ALS or Lou Gehrig’s disease. But Lipsman says this is the first to target Parkinson’s.

Lipsman says they already have “pretty compelling data” that the procedure is safe, but a key goal of the Phase I trial is to establish that definitively.

Wilson says she hopes research advances can lead to better outcomes for Parkinson’s patients, fearing the possibility her children and grandchild may one day develop the disease.

“But if they do, maybe (this means) for them better treatment,” she says.

This report by The Canadian Press was first published Oct. 30, 2020.

Canada entering most challenging period of pandemic yet, officials warn