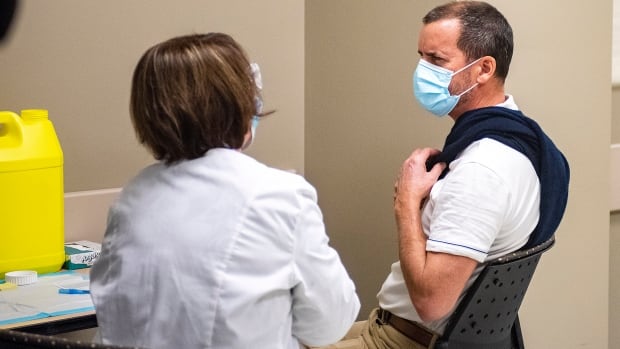 A group of major Canadian long-term care operators will require all staff to be vaccinated against COVID-19 this fall.

The group says employees who aren’t fully vaccinated by Oct. 12 will be placed on an unpaid leave of absence.

Vaccination will also be required for new hires, students and other personnel working with the companies.

“As rates of infection once again increase in communities across the country, unvaccinated staff are more likely to bring the virus to work,” the group said in a statement. “The safety of our residents in long-term care and retirement homes, who trust us to provide the care and services they need, is paramount.

“This policy will increase their level of safety and improve quality of life for residents by reducing the need for isolation and disruption of daily activities that result from outbreak restrictions.”

The timing comes as more provinces have discussed vaccine mandates, passports and certificates. In fact, the Oct. 12 date was laid out by British Columbia officials earlier this month as they announced a new public health order that would make vaccination mandatory and is a condition of employment for those working in long-term care and assisted living facilities.

Even in Ontario, which appears to be bucking the idea of a provincial-level vaccine passport, the government said last week it was issuing a directive to hospitals and community and home-care service providers to have strict vaccination and testing policies in place by Sept. 7 for all employees, staff, contractors, students and volunteers.

Thousands of long-term care residents have died from COVID-19 since the pandemic began as homes across the country dealt with major outbreaks.

Family members of long-term residents have pushed for a mandate and enhanced safety measures, but after the B.C. announcement, the CUPE Hospital Employees’ Union (HEU) warned about potential unintended consequences for staffing levels.

“In a recent poll of HEU members, 24 per cent said they were likely to leave health care over the next two years as a result of their experiences during the pandemic,” the union said, adding that it encouraged its members to get vaccinated. “So while many health-care workers will support this measure, it will be controversial and it may push some to leave their jobs altogether.”

A report released earlier this year by the Canadian Institute for Health Information (CIHI), suggested that given the proportion of overall COVID-19 deaths in nursing homes — 69 per cent at the time — Canada had the worst pandemic record in the world with respect to long-term care facilities.

CIHI also says 54 per cent of Canada’s nearly 2,100 long-term care homes are privately owned, with a slight majority of that total comprising for-profit companies. Ontario has the highest proportion of private ownership within the industry, it says, with 57 per cent of homes private for-profit and a further 27 per cent of the provincial total private non-profit organizations.

Conditions described in the facilities early in the pandemic provoked public outrage and led to political inquiries in provinces such as Nova Scotia, Ontario and Quebec, as well as recommendations for reform nationwide in the industry.