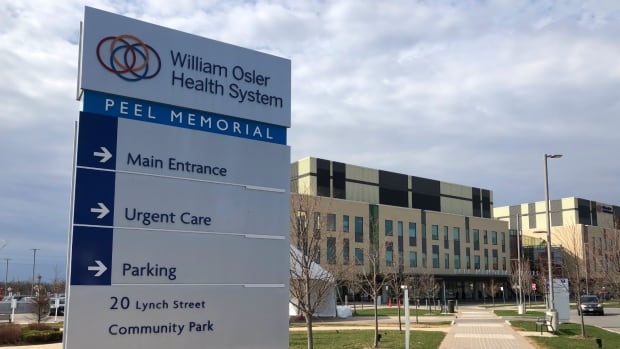 A teenage girl in Brampton, Ont., is among the youngest Canadians to die with COVID-19 after her family said she contracted the coronavirus amid the province’s devastating third wave.

Emily Victoria Viegas, 13, died on April 22, according to an online fundraiser launched in her memory that’s already raised more than $41,000 for her grieving family.

Family friend Adrian Goddard, who organized the fundraiser, told CBC News that Viegas had contracted COVID-19 as well as pneumonia. Her mother is currently in intensive care with COVID-19, Goddard said, while her younger brother is also infected and in isolation, but doing OK.

“What a tragedy,” he said. “My heart goes out to the family and all of those that knew her. And we’re really trying to understand the circumstances more clearly.”

Speaking with CBC Radio’s Metro Morning, Huyer said it’s unclear if Viegas was sickened by one of the coronavirus variants of concern, which have been found to be more transmissible and more likely to cause serious illness and death. Variants of concern now account for a considerable majority of new infections driving the third wave of the pandemic in Ontario.

Many emergency physicians and critical care nurses have said that, anecdotally, the demographics of patients sick with COVID-19 being admitted to ICUs has skewed younger during the third wave.

Even so, severe illness and death from COVID-19 among the youngest Canadians has been exceedingly rare. According to national statistics, of the 208,195 people aged 19 and under who have been infected, 955 were admitted to hospital. Of those, 142 needed intensive care.

Eight Canadians 19 and under have died with the disease, including three in Ontario.

A spokesperson confirmed that Viegas was a student in the Dufferin-Peel Catholic District School Board (DPCDSB).

“This is a loss to the entire DPCDSB community. At this time, we are focusing on supporting staff and students and respecting the privacy of the grieving family,” the board said in an email.

“I can’t imagine the unbearable pain and sorrow they are feeling right now,” Ford said. “It’s heart-wrenching and a devastating reminder of what this virus can do. On behalf of all Ontarians, I’m sending my deepest condolences to everyone who is suffering from the terrible loss of this young life.”

Across Peel Region, which has been especially hard hit throughout the pandemic, the girl’s death came as a shock to political leaders.

“As a parent, I am lost for words. Horrifying,” he said.

Mississauga Mayor Bonnie Crombie also wished the family well. “To lose someone so young to this virus is truly heartbreaking,” she said.