Canadians are eating up U.S.-based Beyond Meat’s plant-based burger. But is it better for you than beef? (Elizabeth Chorney-Booth)

Canadians can’t get enough of Beyond Meat’s plant-based burger that’s designed to taste just like beef.

It has attracted not only vegetarians but also meat eaters such as Jim Allen, who recently dined on a Beyond Burger at A&W, believing it was the healthier choice.

“I was quite eager to try it,” said Allen, who lives in Toronto. “Everybody’s saying get away from red meat and eat more plants.”

But does Beyond’s burger qualify as a healthy protein alternative?

Beyond Meat says yes. On its website, the California-based company markets its plant-based products as “better for you” options that don’t come with the major health risks associated with certain kinds of meat.

However, nutrition experts CBC News interviewed argue that there’s no hard scientific data — at least not yet — to show that a processed plant-based patty trumps beef.

“Where is their research saying that — that this is better than eating a small, portion-controlled, lean piece of meat?” said Toronto-based dietitian and nutritionist Rosie Schwartz. 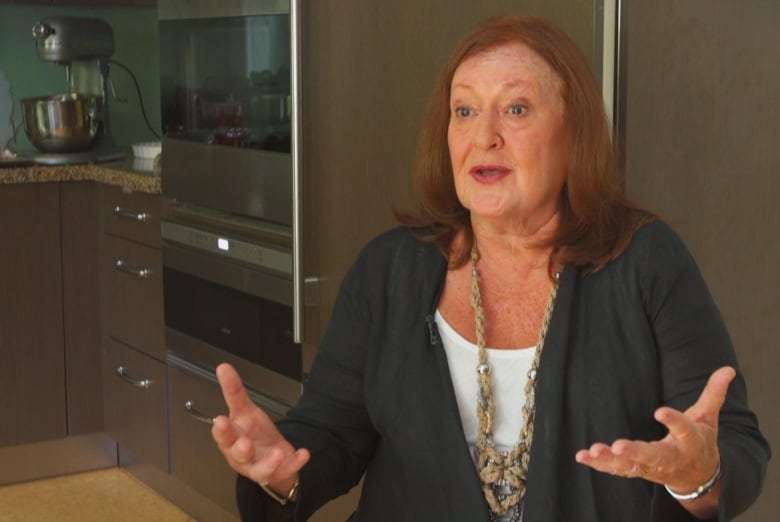 Toronto-based registered dietitian Rosie Schwartz said the Beyond Burger is highly processed, and may not necessarily be healthier than a small, portion-controlled, lean piece of meat. (CBC)

The Beyond Burger contains close to 20 ingredients, including refined coconut oil, pea protein isolate and flavouring. Schwartz says that qualifies it as a highly produced food — something that Canadians are advised to limit in their diet, along with processed and fatty meat.

Beyond Meat CEO weighs in

Food scientist Ben Bohrer says when comparing a Beyond Burger with beef, the nutritional composition is fairly similar.

“They try to match ground beef as closely as they can,” said Bohrer, a professor at the University of Guelph. “If you’re doing that, then I don’t know how you could say that there’s advantages to the product that you’ve made.”

Beyond Meat CEO Ethan Brown argues such comparisons are too simplistic because they don’t factor in the reported health risks — such as cancer and heart disease — that are associated with eating red and processed meat. 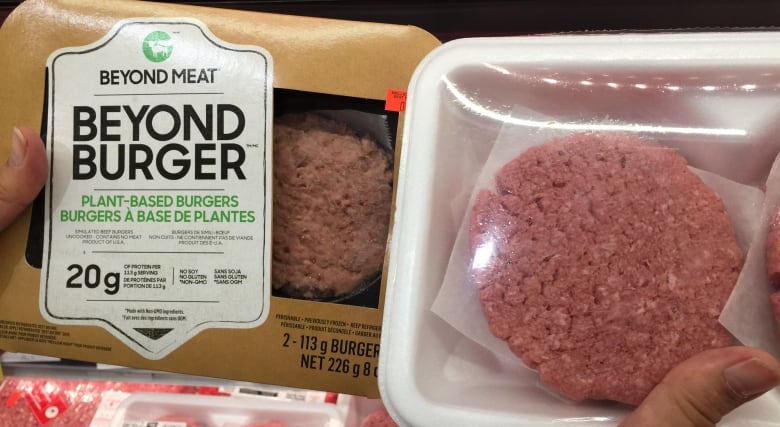 Nutrition experts say there is no research showing a Beyond Burger is a healthier food choice compared to eating beef. (CBC)

“The media has an obligation to get this stuff right,” said Brown in a phone interview. “If consumers are reading these [news] pieces, and going away thinking they just as well might be eating red meat, that’s not fair to them.”

As proof, Beyond Meat sent CBC News information on numerous health studies looking at the implications of eating meat.

The most recent study the company pointed to was published in June by the Harvard T.H. Chan School of Public Health. It found that upping one’s red meat intake — processed red meat, in particular — increased the risk of premature death.

“I’m imploring people to please do their research,” said Brown. 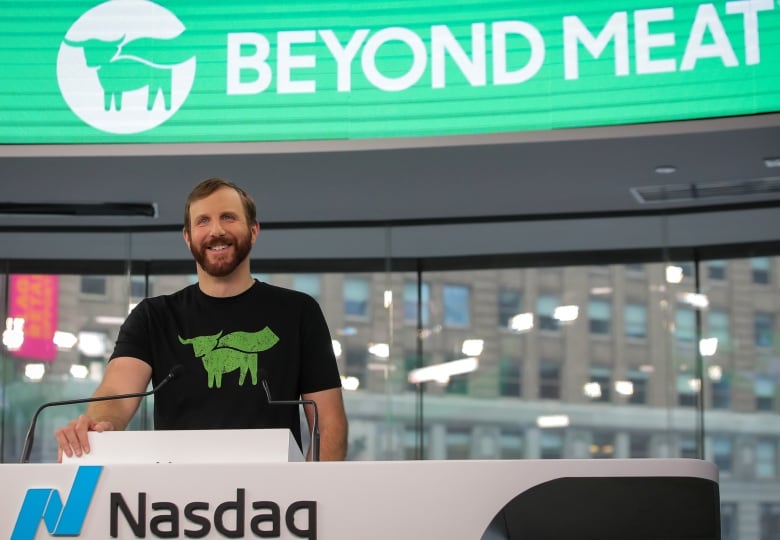 Ethan Brown, founder and CEO of Beyond Meat, says comparing the nutritional composition of a Beyond Burger with beef is too simplistic because it doesn’t factor in the reported health risks — such as cancer and heart disease — that are associated with eating red and processed meat. (Brendan McDermid/Reuters)

Dr. Frank Hu, senior author of the Harvard study, says the research so far demonstrates that eating too much red meat, especially processed meat, can be harmful to one’s health.

“Replacing red meat with other sources of protein, especially plant-based protein food, can reduce [the] risk of chronic disease and premature death,” said Hu, a professor of nutrition and epidemiology at Harvard.

But he said we don’t yet have research showing that a processed plant-based burger is a healthier food choice.

“Based on the data we have, we can make a prediction they’re better,” said Hu. “But this type of study hasn’t been done yet to directly compare the health effects of the two types of burgers.”

Beyond Meat, however, is sticking to its claims.

“Given the abundance of research clearly demonstrating the link between red and processed meat consumption and health risks, we stand firmly behind our belief that Beyond Meat products are an improvement nutritionally,” Dariush Ajami, Beyond Meat’s chief innovation officer, said in an email.

He added that the Beyond burger also has the benefit of containing no cholesterol or animal-derived saturated fat, and is lower in saturated fat than burgers made from fattier cuts of beef. 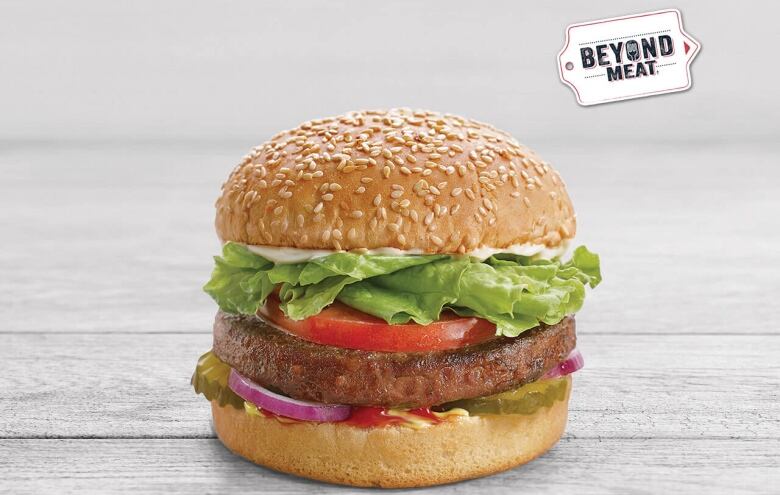 A&W’s Beyond Meat burger, with bun and sauces, contains 1,1110 milligrams of sodium. The restaurant chain says customers can modify their burgers to reduce the sodium. (A&W)

As for customer Allen, he’s decided that unless new research tells him otherwise, he’ll continue to presume that Beyond’s plant-based burger is healthier. However, he doesn’t plan to purchase it again at a fast-food restaurant. That’s because he discovered that once the bun and sauces are added, A&W’s version has 1,110 milligrams of sodium.

A&W told CBC News that customers can modify their burger to suit their dietary needs, such as swapping the bun for a lettuce wrap.