A Winnipeg mother is preparing to be the stem cell donor for her baby with a rare immune disease in hopes of saving his life, after a closer match to his mixed ethnicity couldn’t be found.

“There’s still definitely a chance for Boston,” said his mom, Simone Janetta, from hospital. “He is amazing. He is being such a trooper.”

Five-month old Boston De Castro has hemophagocytic lymphohistiocytosis, or HLH, which leads his immune system to attack itself, causing his liver and spleen to enlarge. The only cure is a stem cell transplant.

De Castro is half-Caucasian and half-Filipino, and the closest stem cell match would have a similar ethnic background.

In November, the family urged people — especially those who are of mixed ethnicity — to sign up for the registry to be a potential stem cell donor.

About 66 per cent of Canada’s stem cell database is Caucasian, and only about 3.5 per cent is of mixed ethnic background, according to Canadian Blood Services.

“Your chances are so low when you are of mixed race,” Janetta said.

A total of 3,000 people signed up to the registry in Boston’s name, which Janetta called “unbelievable.” Unfortunately no match was been found.

“I just hope that even though they didn’t [find a] match for Boston, that they will match for somebody else and save somebody else’s life,” said Janetta, who works as an emergency room nurse.

For the last nine weeks, Boston has been completing chemotherapy and steroid treatment while the family waited for a potential donor.

“After that, we couldn’t wait much longer,” she said.

Janetta is her son’s next best chance, as a “half-match.”

“Ideally, it would have been amazing to have a full match, and that’s what we were really hoping for, just for the best chance for him,” she said. “But honestly, just the fact that he has a chance with me as a half-match, we are still so grateful.”

Doctors will take Janetta’s stem cells and deplete the parts that don’t match with Boston to increase the chance his body will accept the transplant, she said.

Using a half-match comes with increased risks, including a higher rate of infection. 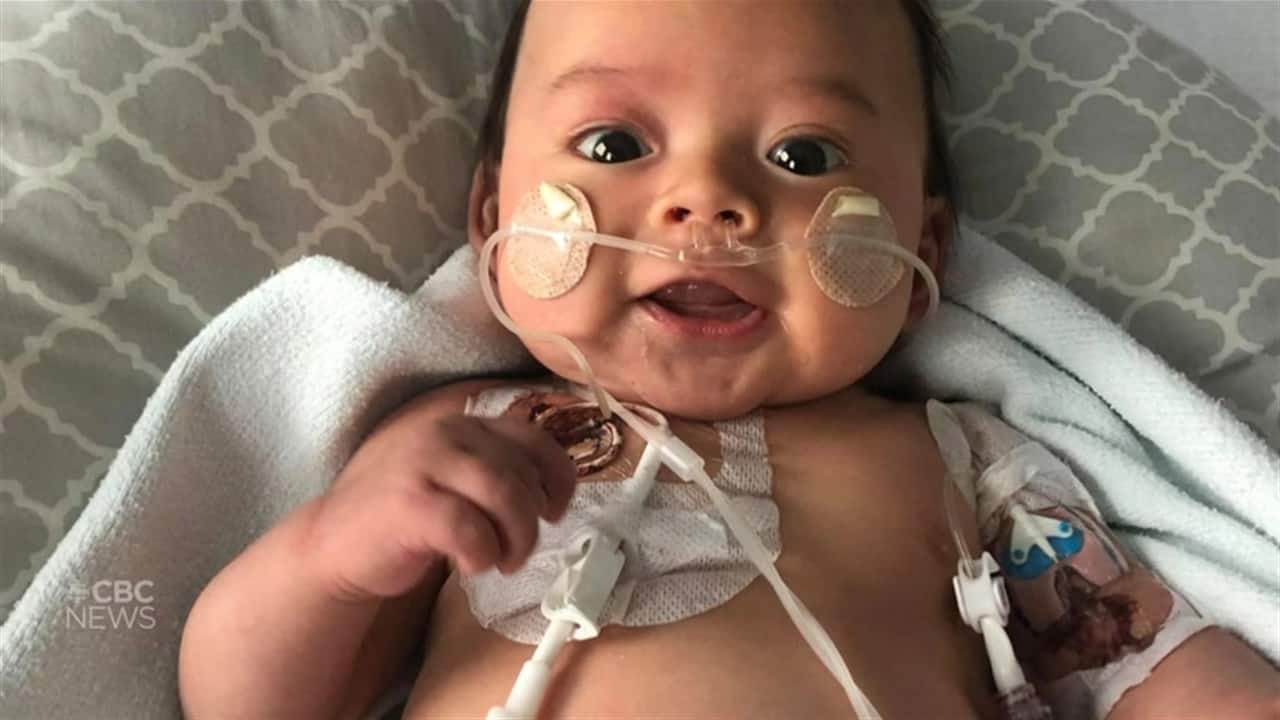 A Winnipeg mother is preparing to be the stem cell donor for her baby with a rare immune disease in hopes of saving his life, after a closer match to his mixed ethnicity couldn’t be found. 2:14

Janetta will be the donor rather than his dad, Rex De Castro, because doctors believe her donation might be more successful since she was pregnant with him.

If the transplant doesn’t work, the family may look to find another donor, Janetta said. She urged people to continue to sign up on the registry.

As a donor herself, Janetta said she wants others to know it isn’t scary. You take a medication for four days to boost your stem cells and then have your blood taken, she said.

“The process is easy. It’s simple,” she said.

Boston will receive his mom’s donation on Jan. 13. At minimum, he’ll spend two months in hospital to see if the donation works.

“One of the nurses just told me something really nice: We just have to live day by day, moment by moment, minute by minute, whatever it takes to get through and just be present,” Janetta said.

“Hopefully we can all come home again and be a family together.”