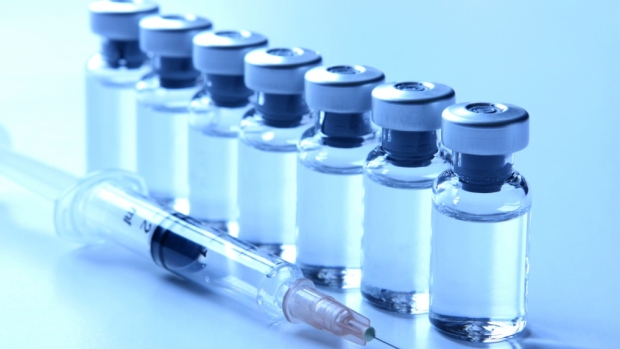 TORONTO — A three-month study on vaccine side effects found severe allergic reactions to the Pfizer-BioNTech and AstraZeneca COVID-19 vaccines were rare, affecting less than two per cent of people, while milder reactions such as tenderness and pain at the site of the injection were fairly common.

While in-depth data on the Moderna and Johnson & Johnson vaccines are not yet available, a peer-reviewed study published in The Lancet Infectious Diseases journal Tuesday analyzed the proportion of people who experienced side effects after the first and second dose of the Pfizer-BioNTech vaccine; and after the first dose of the AstraZeneca vaccine. Data was based off of clinical trials conducted over a three-month period.

Side effects were found to be more common in younger individuals and in females. In both vaccines, local side effects – such as pain, tenderness, and swelling at the site of the injection – have been the most common type of symptoms after an individual has received their vaccine. Less common side effects are systemic symptoms that affect the entire body, such as chills and fevers, and severe allergic reactions.

Dr. Isaac Bogoch, infectious disease specialist at the Toronto General Hospital, said he speculates that people are experiencing these symptoms because their immune systems are responding to the vaccine, therefore their reactions are not uncommon.

“The reason people get these side effects is you’re actually revving up your immune system,” Bogoch told CTVNews.ca Thursday. “You’re having an immune response and your immune system is doing what it should be doing, and that’s why people feel the way they feel.”

The most common side effect after receiving both the first and second dose of the Pfizer vaccine is feeling tenderness at the site of the injection.

The most common systemic side effects after receiving both doses are headaches and fatigue.

While allergic reactions are rare, the most common reaction was the burning of skin, however, only 1.1% of people experienced this after the second dose.

In the study, nearly 59% of people reported having a local side effect, with tenderness also being the most common outcome.

Approximately 34% of people experienced systemic side effects after the first dose of the AstraZeneca vaccine, with headaches and fatigue as the leading symptom, followed by chills and shivers.

Bogoch said that although side effects are common and can be expected, they don’t occur in most people.

“Depending on the vaccine you get and your age, you have about a 10% to 20% change of having some of these side effects,” he said. “These side effects don’t occur in most people, and even though they still occur, the vast majority of these are mild and they resolve on their own.”

For more severe reactions in both vaccines, Bogoch said that they’re far less common to happen.