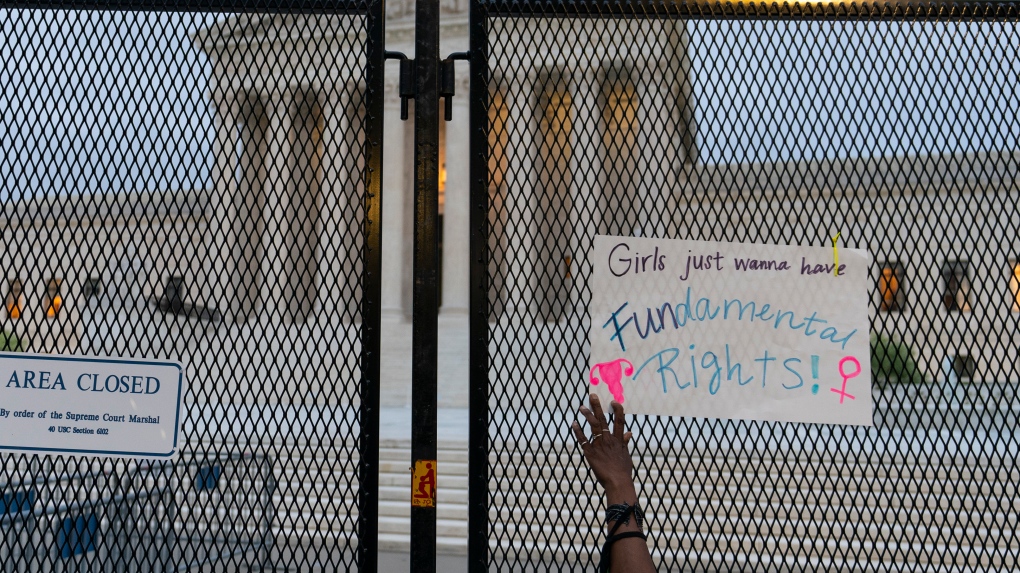 As tens of millions of women in America face losing access to abortion, experts in Canada say services offered by sexual health groups and abortion doulas in helping to navigate the process may become more crucial on both sides of the border.

According to data from the Canadian Medical Association, an estimated one in three Canadians will have an abortion during their lifetime. However, it remains difficult to obtain in many provinces.

Monica Reagan says this is where she comes in. Reagan is a full-spectrum doula focusing on abortion support and works with the non-profit doula organization Birth Mark in Toronto.

A doula is a trained companion who is not a health-care professional, but supports another person through a significant health-related experience, most commonly pregnancy and childbirth.

Reagan explained to CTVNews.ca that as an abortion doula, she provides emotional, informational and logistical support to a person seeking or having an abortion.

“We provide unbiased, non-directive emotional support to help the person process their feelings about abortion. We encourage self advocacy and informed decision making through evidence based information and resources, and we can assist in making a realistic plan for the abortion that are in line with the client’s values and needs,” Reagan said in a telephone interview with CTVNews.ca on Thursday.

Oftentimes, Reagan said, those seeking an abortion contact a doula because they don’t know how or where to access an abortion, and may be confused by the information they find online.

“A lot of the time harmful propaganda like pro-life movements will mask themselves on the internet and come across as a safe space for people to talk to someone about accessing an abortion and they can be led astray. So contacting a doula can help to mitigate that misinformation,” she said.

In addition to helping obtain access, Reagan said doulas can also help find location-specific or gestational age-specific providers, as well as clinics that “deal with queer and trans people [so] that will be a safe space for them.”

Reagan, who does not charge for her abortion support services, noted that having an abortion can be an overwhelming and sometimes scary event in one’s life. She said abortion doulas can be there to offer support not only before the procedure, but also during and after.

During the procedure, Reagan said abortion doulas can suggest comfort measures such as position changes, comforting touch, movement, visualization and breathing techniques, as well as reflective listening and other supports in the postpartum period that follows.

“We will stay with the client until they deem that they’re done with doula support,” she said.

“We’re not counsellors, but we … can be a really great comfort to the person so we will chat with them or support them physically after.”

Reagan said an abortion doula is an important resource for those who may not have anyone else to turn to during the abortion process.

“You might not have someone close to you that’s a safe person to talk to about abortion… or you might have those people but not want to kind of bridge that relationship with them. Having an abortion doula offers that comfort and support while still providing the security of keeping it separate from their personal life,” she said.

THE IMAPCT OF ABORTION STIGMA

Action Canada for Sexual Health and Rights’ Jessa Miller says the stigmatization of abortion as something that is bad or shameful is one of the greatest barriers to accessing care.

Miller told CTVNews.ca this makes it harder for people to get care or ask for support when they need it.

“Stigma around abortion contributes to a lack of education, training and informal conversation on the topic. Because abortion is stigmatized it is often shrouded in secrecy, and not discussed openly, which leads to a lack of knowledge,” Miller said in an email on Friday.

Miller said stigma can result in a lack of abortion providers, which results in longer wait times for services and sometimes having to travel far distances to reach a provider.

To help address abortion stigma, Miller said all those in medical fields should receive education and training around abortion services, as well as make information about abortion and how to access it readily available online and in medical clinics.

“People can also help destigmatize abortion by talking about it more openly in social situations where they feel safe doing so, and reacting with kindness, acceptance and support when someone talks about abortion with you,” she added.

Concerns about access to abortion in Canada have resurfaced over the past week after the leak of a draft document that suggests U.S. Supreme Court justices are planning to overturn the Roe v. Wade abortion rights ruling south of the border.

The release of the draft itself will not immediately affect access to abortions in the U.S. However, if the majority votes as predicted, the decision would be overturned with the formal release of the court’s ruling, which is likely to take place in June.

Should the ruling be overturned, Reagan said the support offered by abortion doulas and sexual health organizations will be critical in obtaining care.

“As an abortion doula, I will continue to bridge the gap between factual abortion access information and folks seeking abortions,” she said. “I will listen to their story — as much as they’d like to share — and connect them to the health-care service they are seeking, no matter their situation or gestational age.

“I will support you and that includes folks from the U.S.”