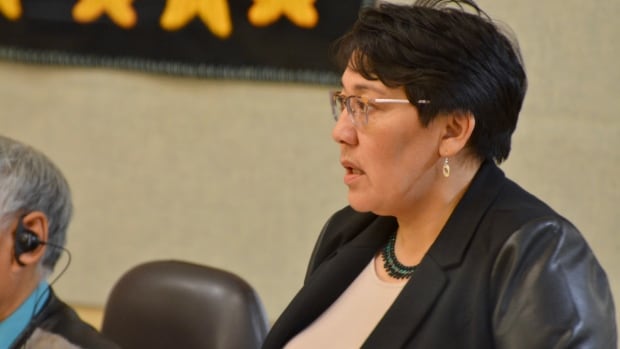 Over a quarter of the territorial health budget is going toward medical travel, but the MLA for Pangnirtung says that money is being wasted because patients are missing their flights.

In 2018-19 there were 6,000 medical travellers who missed flights, Margaret Nakashuk told the legislature on Tuesday.

“This makes it seem as though those individuals simply just couldn’t be bothered. I do not believe it’s that simple,” she said.

Nakashuk wanted to know why the flights are being missed, and what the department is doing about it.

“I’ve heard from a number of constituents that they have not been contacted about medical appointments or about any plans for medical travel, but they received a call from the airline saying that they had been booked on a flight that day.”

“A significant portion of that expense is wasted money,” Nakashuk said.

Health Minister George Hickes said there isn’t enough data for the department to know why this happens, but around seven per cent of medical travellers do miss flights.

“This is one of the flaws in the medical travel system,” he said. “One example has been of late notice of when your medical travel is, to be able to allow for child care or any employment concerns.”

The department is now working on a review of medical travel. Hickes said that review is looking for efficiencies, and that it directly led to changes allowing mothers to bring breastfeeding or infant children with them and for pregnant women to travel with escorts.

We need to do a better job to make sure that everyone is informed.– George Hickes, Nunavut minister of health

The review showed that medical coordinators need to have more training on how they arrange flights and notify patients. Last year, department staff booked over 60,000 one-way flights, Hickes said.

“It is a very high priority especially now, with fees that are going to be levied against the Department of Health for missed flights,” he said.

“We need to do a better job to make sure that everyone is informed of their responsibility when they’re traveling for medical travel.”

That includes people travelling as escorts, he said.

Feb. 18 marked the first day of the winter sitting of Nunavut’s legislative assembly. The government will gather for the coming four weeks.

‘Eerily quiet’: How California’s early action against COVID-19 delayed the surge at hospitals

Even with strict containment measures, officials project up to 22,000 COVID-19 deaths in Canada

Canadians with disabilities left with few alternatives amid COVID-19 shutdowns

Sweet as: The science of how diet can change the way sugar tastes